The U.S. president said his country will have to look at it very seriously "if that's the case" when asked what he thought of the outcome of an investigation by Germany that the Russian opposition figure, Alexei Navalny, has in fact been poisoned by the Soviet-developed nerve agent Novichok.

Trump argued he has been tougher on Russia than anyone else but then said he got along with almost all countries, including North Korea.

"Remember, we were supposed to be going to war with North Korea," he told a White House press conference, adding the war would have been "very messy" and "very bad" and that millions of people would have been killed. 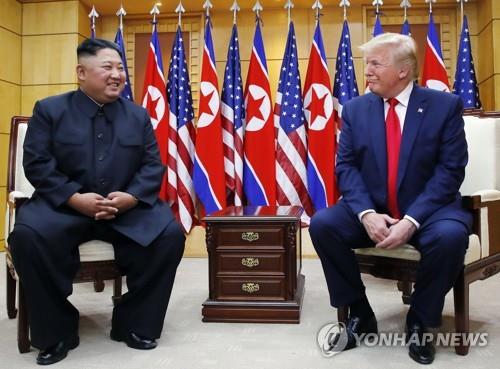 Trump has frequently and increasingly highlighted his "good relationship" with North Korean leader Kim Jong-un as one of his diplomatic achievements in the lead up to the Nov. 3 presidential election.

The countries' denuclearization talks, however, have stalled since February 2019 when the leaders' second bilateral summit ended without a deal.

"In the meantime, we've got along with him (Kim). We didn't get to war," said Trump before moving on to Middle Eastern countries and highlighting the recent peace agreement between the United Arab Emirates and Israel brokered by the United States.

He returned to Russia, but only after pointing out that Germany pays "billions and billions of dollars to Russia to get their energy from Russia."

"And we are supposed to protect Germany from Russia? What's that all about?" Trump said.

When he finally returned to the Russia issue, he first said, "We are doing very well with Russia on nuclear nonproliferation."

"We haven't had any proof yet, but I will take a look," he eventually said of the failed assassination attempt on Navalny.

His remark came hours after Washington's No. 2 diplomat, Deputy Secretary of State Stephen Biegun, expressed Washington's "grave concern about German government findings" in a meeting with the Russian ambassador in the United States.

"He (Biegun) noted further that the use of this chemical weapon by Russia would be a clear violation of its obligations under the Chemical Weapons Convention," the state department said of Biegun's meeting with Ambassador Anatoliy Antonov in Washington.