SEOUL, Sept. 5 (Yonhap) -- South Korea's major hospitals are maintaining scaled down operations, as trainee doctors have yet to return to work despite an agreement reached to end their weekslong strike, medical sources said Saturday.

Large university hospitals have reduced treatments and surgeries and have restricted the number of patients they admit, as thousands of interns and resident doctors have taken part in the walkout since Aug. 21.

The delay comes despite the Korean Medical Association reaching an agreement on Friday with the ruling Democratic Party and the health ministry to end the strike in exchange for Seoul putting on hold its plans to increase the quota for medical students, set up new public medical schools and give medical insurance coverage to traditional Korean medical treatment. 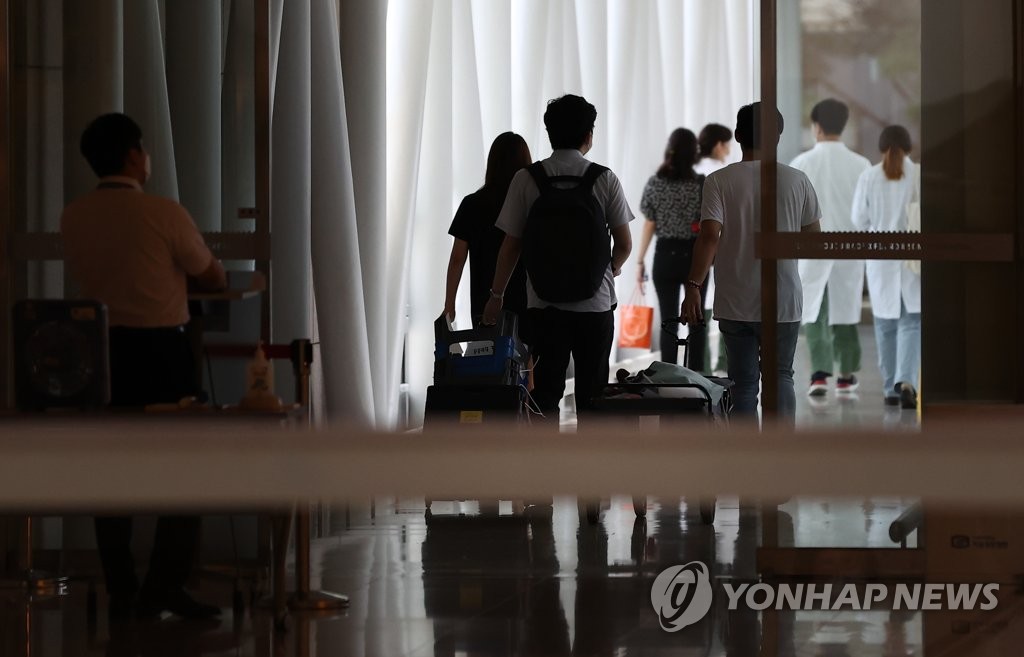 The ruling party and the ministry also pledged to approach all matters related to the medical reform plan from scratch and listen to input provided by doctors, who have strongly opposed the changes. Doctors, lawmakers and government policymakers said they will set up two special commissions to address matters that can improve the quality of the country's medical field.

The Democratic Party stressed that the latest agreement did not mean that Seoul is giving up its medical sector reform plan centered on resolving regional disparity in treatment quality, expanding public medical care and strengthening overall capability of critical care offered in the country.

The agreement that ended the impasse, which has been welcomed as a way to allow doctors to help contain new COVID-19 cases, has taken flak from some members belonging to the Korean Intern and Resident Association (KIRA).

KIRA has been at the forefront of the strike and has criticized the way the KMA handled negotiations, with the group complaining that they were not properly consulted on the talks. It said the agreement did not reflect the "critically important" earlier demand that the government must first scrap its medical reform plan.

KIRA, which asked KMA chief Choi Dae-zip for an explanation on how the pact was reached without proper consultation with trainee doctors, said that its members will independently decide on when they will return to work, which is making it hard to determine when hospitals will be fully staffed again.

In a statement, the association warned that collective action cannot be called off if its members are hurt in any way for taking part in the walkout.

"Unless the interns and residents return, hospitals have to operate at reduce capacity like we are doing now," an administrator at a university hospital in Seoul said. He said the hospitals are closely monitoring developments. 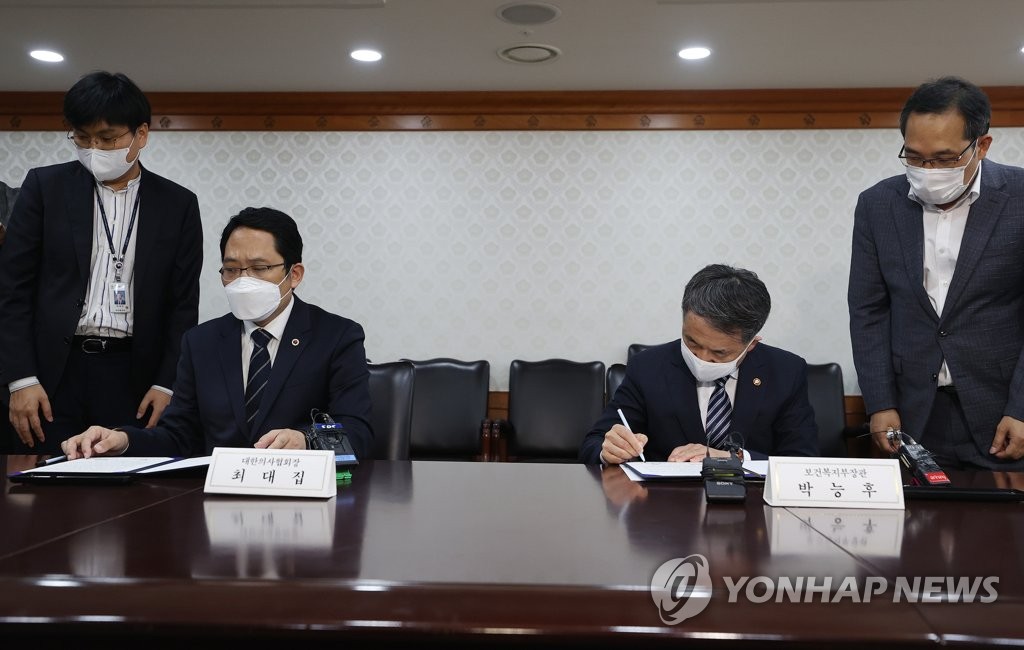 Related to objections raised by some doctors on the ending of the strike, other observers said that with the health ministry withdrawing its formal complaints leveled at some who did not follow return-to-work orders and making promises to engage in dialogue on matters related to the medical reform plan, it is likely that doctors will gradually return to work.

"There is a chance that the interns and resident doctors may take another approach in making their views known, instead of engaging in a strike," a source said.
(END)