SEOUL, Sept. 5 (Yonhap) -- South Korea's top economic policymaker expressed concerns over the resurgence of the novel coronavirus in the country hurting growth and said efforts are under way to bolster the economy during an online meeting with a global credit appraiser, the finance ministry here said Saturday.

The teleconference between Minister of Economy and Finance Hong Nam-ki and James McCormack, the general manager at Fitch Ratings, took place late Friday, with a focus on actions being taken by Seoul to stem the spread of COVID-19, the country's overall response to the pandemic and the government's fiscal forecast, the ministry said.

It said Fitch asked for information on how Seoul controlled outbreaks without the large-scale shutting down of society in the first half and policy actions being taken amid the recent increase in new infection cases. Hong, in response, said large-scale testing, contact tracing, mask wearing and comprehensive quarantine efforts contributed to the country bringing down infection cases from February through April. He said similar measures are being taken again to stem the rise in cases. 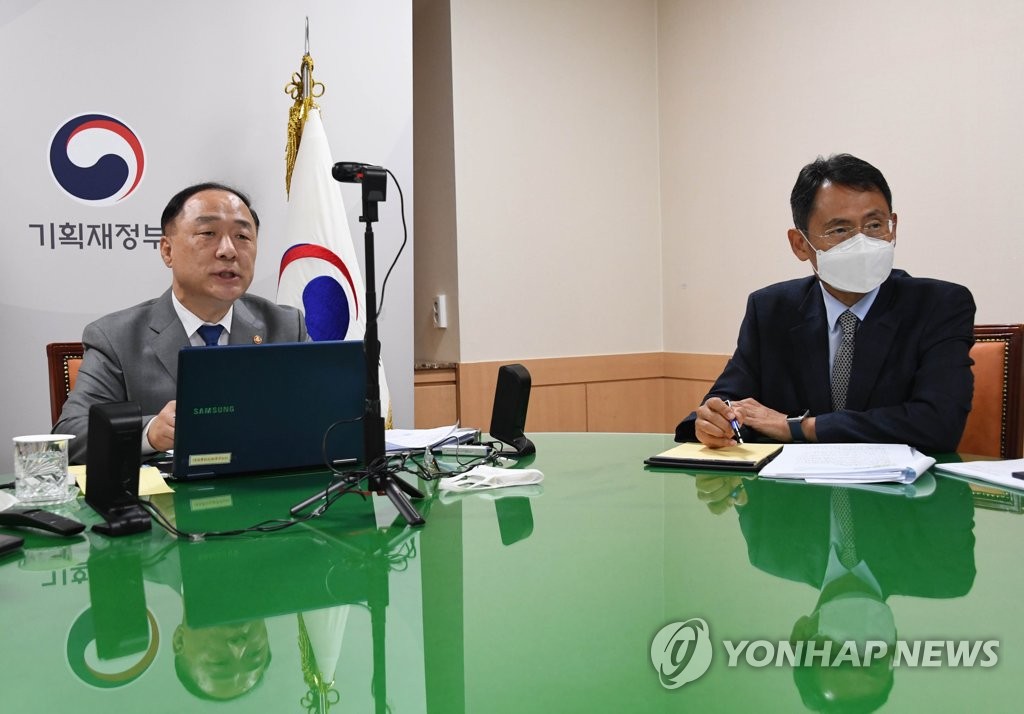 The country reported 168 new COVID-19 cases earlier in the day, with the total caseload hitting 21,010. The country has been posting triple-digit numbers of cases for some three weeks, with infections showing signs of falling back down again in recent days.

The minister said that with small businesses being hit the hardest, the government is actively seeking ways to help the disadvantaged. He told Fitch that measures being reviewed could help investments, exports and consumption going forward.

On the issue of the government using extra budgets to prop up the economy, Hong said the move could not be avoided, while making clear that policymakers are keeping very close tabs on the country's fiscal health.

"Fiscal sustainability in the mid-to-long term is of considerable importance, with Seoul taking particular care on regulating spending and expanding its revenue base," Hong said.