The contractor, who worked at Osan Air Base in Pyeongtaek, some 70 kilometers south of Seoul, was tested after a workplace exposure at his spouse's place of employment, USFK said, adding that he has been directed to isolation at a local hospital by the South Korean health authorities.

He last visited the Osan base on Thursday, and all of his known contacts have quarantined since he was confirmed to have been infected, according to USFK.

Health professionals "are actively conducting contact tracing to determine whether anyone else may have been exposed," it added.

The latest case brought the total number of USFK-related infections to 176. Of them, 151 individuals were confirmed upon their arrivals here. USFK reported a last patient among its people stationed here in mid-April. 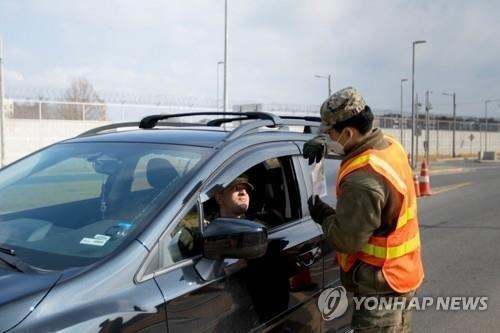