The primary indicator suggesting preparations for an SLBM launch is the presence of vessels at the North's Sinpo shipyard on the east coast, including one that resembles vessels previously used to tow the test stand barge out to sea, according to the Center for Strategic and International Studies (CSIS).

Another indicator may be the presence of not one but two ROMEO-class submarines anchored within the bay of the submarine base on Mayang Island off the coast of Sinpo, the CSIS said in a report on its Beyond Parallel website, citing satellite imagery of the shipyard taken on Friday.

"These apparent launch preparations might indicate the highly speculated 'October surprise,' which would be consistent with Beyond Parallel historical data that shows heightened provocations around U.S. presidential election years," the report said.

An SLBM test has been considered one of the provocative acts that the North could undertake, along with an intercontinental ballistic missile launch. Some experts have warned that Pyongyang could carry out such provocations as an "October surprise" ahead of November's U.S. presidential election.

Nuclear negotiations between the North and the United States have been stalled since the second summit in Hanoi between U.S. President Donald Trump and North Korean leader Kim Jong-un ended without an agreement in February last year. 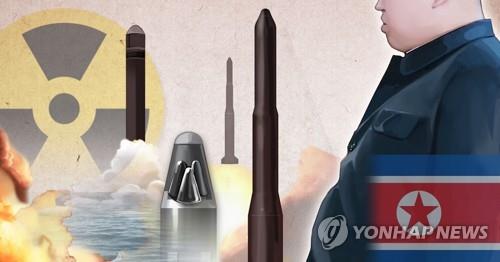