SEOUL, Sept. 6 (Yonhap) -- The number of additional new coronavirus cases in South Korea stayed below 200 for the fourth straight day on Sunday, but health authorities are staying vigilant over sporadic cluster outbreaks.

The country reported 167 new COVID-19 cases, including 152 local infections, raising the total caseload to 21,177, according to the Korea Centers for Disease Control and Prevention (KCDC).

South Korea has been posting triple-digit rises for more than three weeks due to cluster infections mostly tied to a slew of churches and an anti-government rally in central Seoul in mid-August. 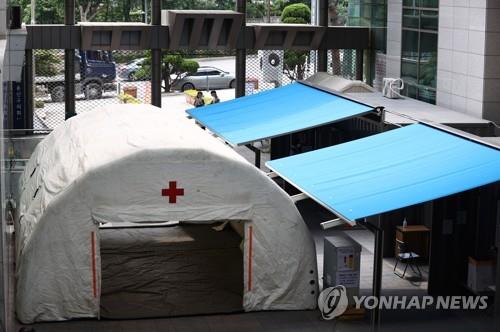 A majority of the new locally transmitted cases came from the greater Seoul area, including 63 in Seoul and 45 in the surrounding Gyeonggi Province. Incheon, west of Seoul, also reported nine cases.

The number of newly identified imported cases stood at 15, with four of them detected at quarantine checkpoints at airports and harbors. The country's total number of imported cases is now at 2,892.