Heavy rains and strong winds are forecast across South Korea throughout Monday. 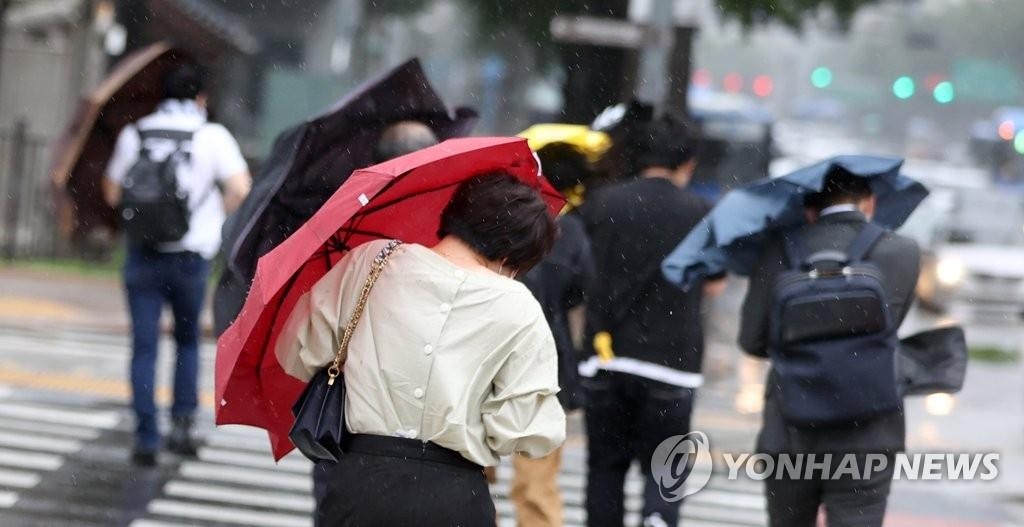 It lifted the alert to "watch" for Seoul and 10 other major cities and provinces, as over 300 mm of rain is expected in southern and eastern regions.