SEOUL, Sept. 6 (Yonhap) -- Hyundai Motor Co.'s average sales price for its vehicles has increased sharply in South Korea over a span of one-and-a-half years, a report showed Sunday, on the back of its new luxury models.

The launch of new vehicles from Genesis, Hyundai's luxury marquee, has apparently pushed up the ASP. The Genesis GV80 and the G80 that were released earlier this year are sold here for over 80 million won when adding options. 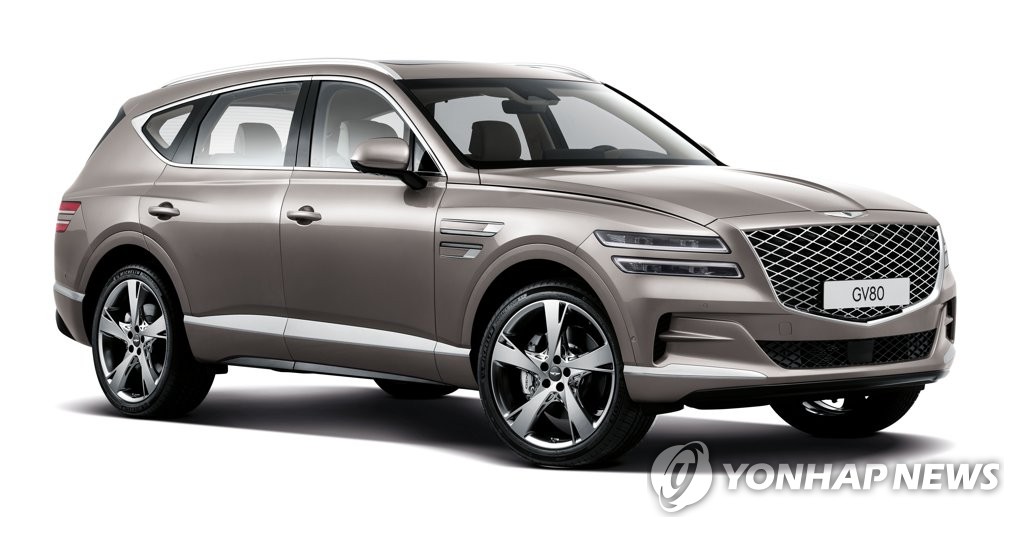 Sales of Genesis vehicles, SUVs and large sedans accounted for 58.4 percent of Hyundai's car sales here in the second quarter, up from 47.1 percent in 2018, according to South Korea's No. 1 automaker.

Rising new car prices are also pushing up the ASP. The all-new Avante compact launched in April starts with a price tag of 15.3 million won, more than 1 million won higher than the face-lifted Avante model released in September 2018.

The ASP for vehicles from Kia Motors Corp., Hyundai's sister company, in the second quarter was 26.8 million won in South Korea, up 9.7 percent from a year earlier. Kia's ASP increase was not robust compared to Hyundai as it lacks luxury models.