SEOUL, Sept. 6 (Yonhap) -- Trainee doctors will early this week discuss when to return to work, sources said Sunday, despite last week's deal between the government and a key doctors' association to end a walkout over a controversial medical reform plan.

Friday's deal raised hope for the normalization of hospital operations amid the COVID-19 pandemic, but angered the trainees who said their views were not properly reflected in it.

In an internal notice, Park Ji-hyun, a task force chief of the Korean Intern and Resident Association (KIRA), said that trainee doctors will not return to work Monday, but will hold online discussions at 1 p.m. Monday to discuss their return to work and other issues, according to the sources.

"We will not return tomorrow and will maintain the current status," Park wrote in the notice.

"We will reschedule our return to work for the day after Monday to ensure that all trainee doctors can participate," she added.

The trainee doctors were expected to end their strike and return to work Monday. But their apparent reservations highlighted a fissure among the medical doctors over Friday's agreement with the government.

In Friday's deal to end the strike that began on Aug. 21, the Korean Medical Association (KMA) and the government agreed to put the reform plan on hold and consult over it "with all possibilities open."

But trainee doctors opposed the deal, saying a poll should be conducted to fully reflect their views before a final decision on whether to stop the walkout.

In the notice, Park indicated her leaning toward the suspension of the strike.

"An expression of a decision to continue the strike is a shortcut to a definite defeat," she wrote.

"Now is the time for us to make a broad-minded decision and meticulously prepare for what lies ahead rather than being driven by emotions," she added.

Earlier in the day, the KIRA chief said that her association would halt collective action, even though the move does not mean its fight is over. 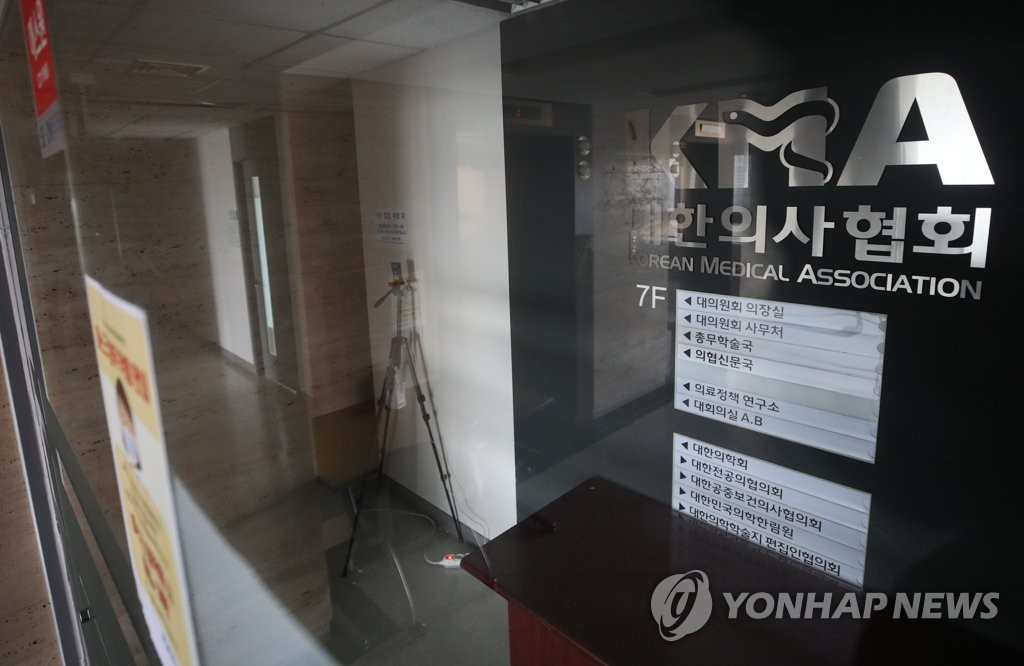 Medical students still balked at the KMA's deal with the government, saying it would continue to reject the state medical licensing exam in protest over the deal.

"In line with the members' opinion, we will maintain our collective action," the association said, noting many members were "furious" at the deal between the KMA and the government.

The decision to continue its rejection of the state exam was based on a unanimous vote by students representing 40 medical colleges across the nation.

The Korea Health Professional Licensing Examination Institute said that it does not consider extending the deadline again for applications for the exam. The deadline was set at midnight Sunday, with the exam process to start on Tuesday.

The exam was supposed to start last Tuesday, but the process was delayed due to around 90 percent of medical students rejecting the exam in protest over the government's medical reform plan.