SEOUL, Sept. 6 (Yonhap) -- South Korea is planning for "tailored" support for some of the country's households and self-employed hit especially hard by the COVID-19 outbreak, top government and ruling party officials said Sunday.

Prime Minister Chung Sye-kyun made public the scheme in his opening remarks during a meeting with the leaders of the ruling Democratic Party (DP) and senior Cheong Wa Dae officials. The session was intended for discussions on detailed plans for a second round of cash handouts, called disaster relief money.

The government will provide "tailed support" for the vulnerable, who include the unemployed, freelancers, low-income merchants and the self-employed, Chung said.

On the envisioned fourth batch of supplementary budgets, Lee said it would be financed fully by the issuance of state bonds. 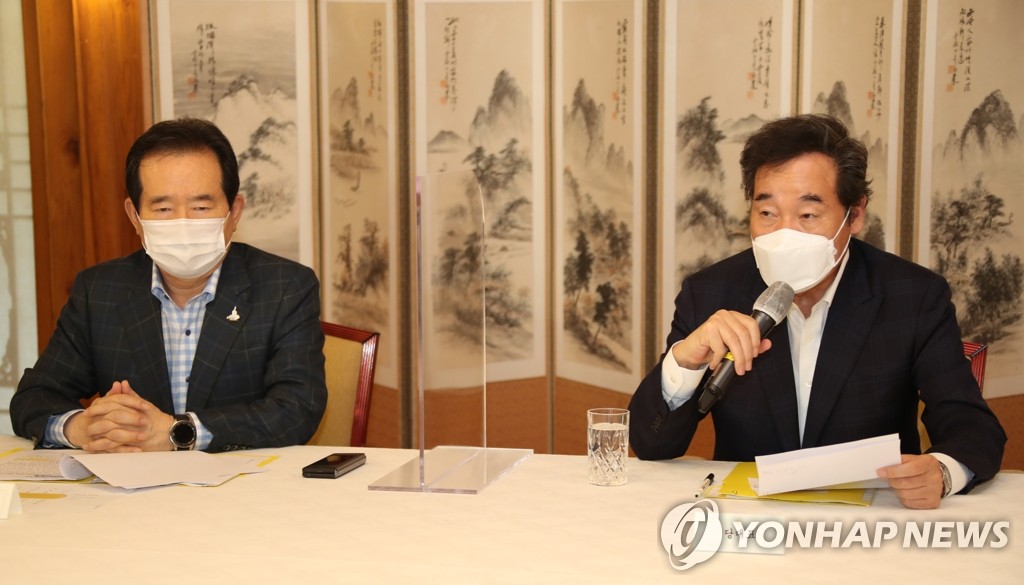