As of 6 a.m., the season's 10th typhoon was moving at a speed of 41 kph over waters some 120 kilometers south of Busan, according to the Korea Meteorological Administration (KMA). 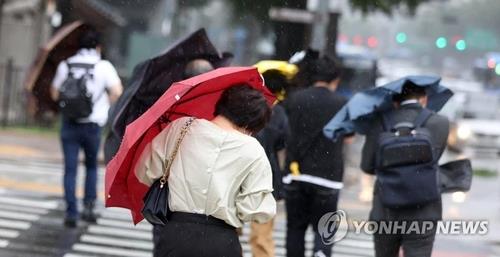 It was to move closest to Busan at around 9 a.m., passing above seas 50 km northeast of the city, and travel along the Korean Peninsula up its eastern coast until it makes landfall at Chongjin, North Korea, at midnight. It is expected to dissipate there. 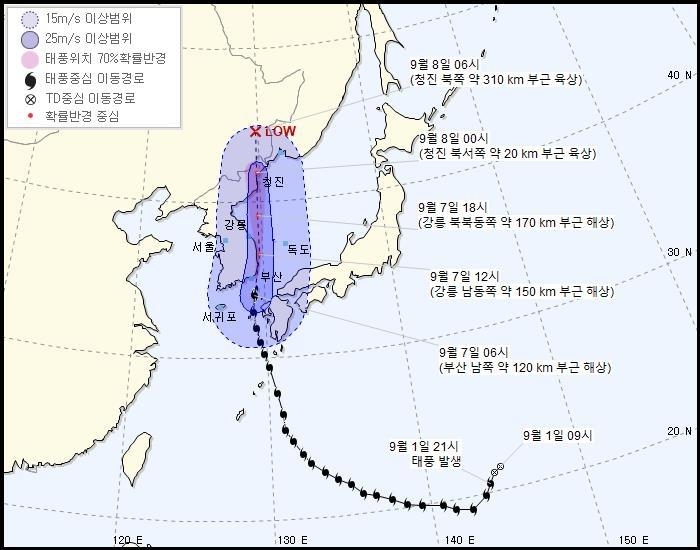