SEOUL, Sept. 7 (Yonhap) -- Typhoon Haishen escaped off the Korean Peninsula on Monday afternoon, ripping through the country's southern and eastern regions that had been reeling from the previous tropical storm.

Thousands of residents in low-lying areas took shelter, while flights, train services and passenger and fishing ships were all grounded. Tens of thousands temporarily lost power, and at least one person was reported missing after being swept away in flood waters. 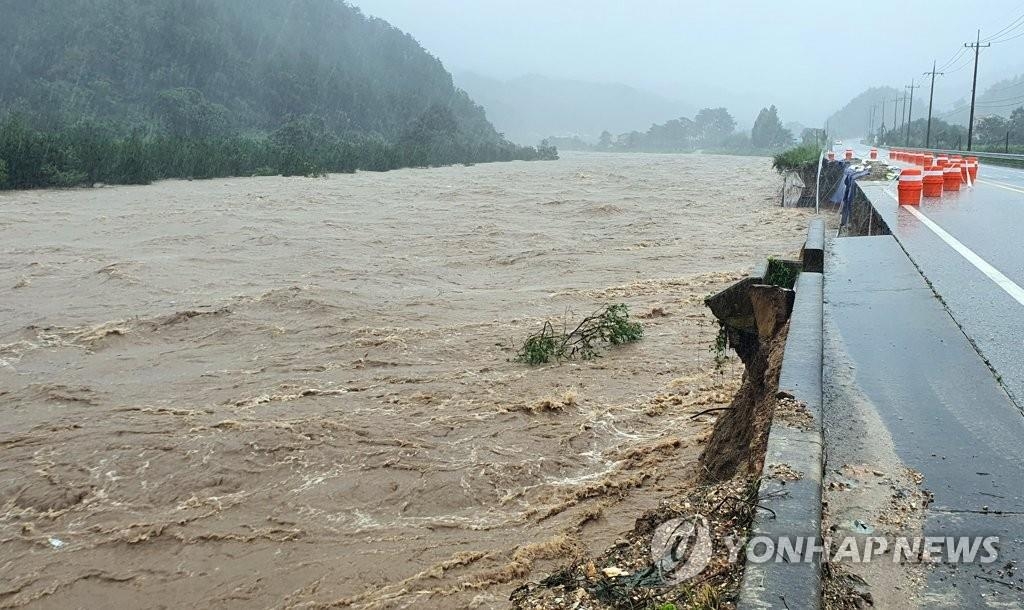 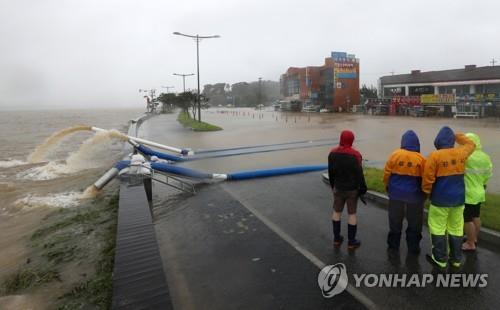 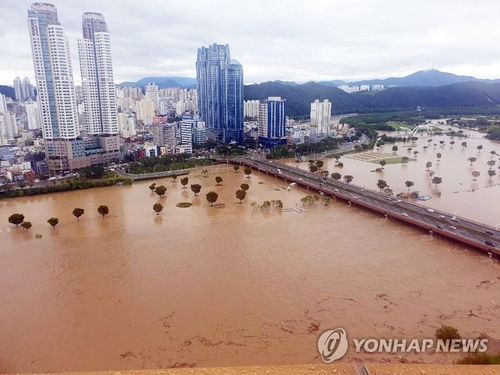 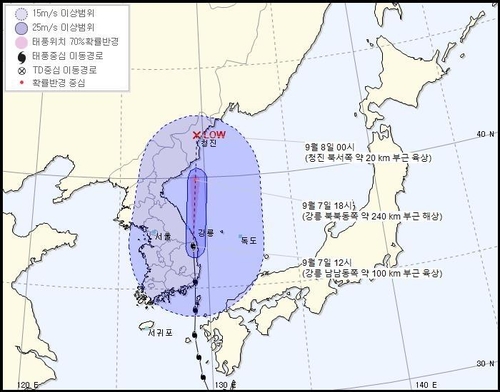 The Central Disaster and Safety Countermeasures Headquarters said Haishen temporarily disrupted power supply to 37,644 houses nationwide. It also destroyed 48 structures around the country, and the tally was expected to go up, as the agency was in the middle of assessing the damage.

A man in his 40s was reported missing at around 11:23 a.m. in Samcheok, Gangwon Province. He was believed to have been swept away in a flooded waterway.

In Goseong, also in Gangwon Province, residents were ordered to evacuate their homes for fear of floods. 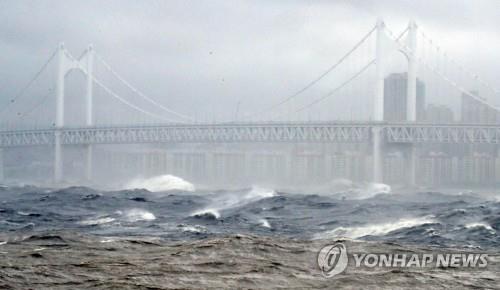 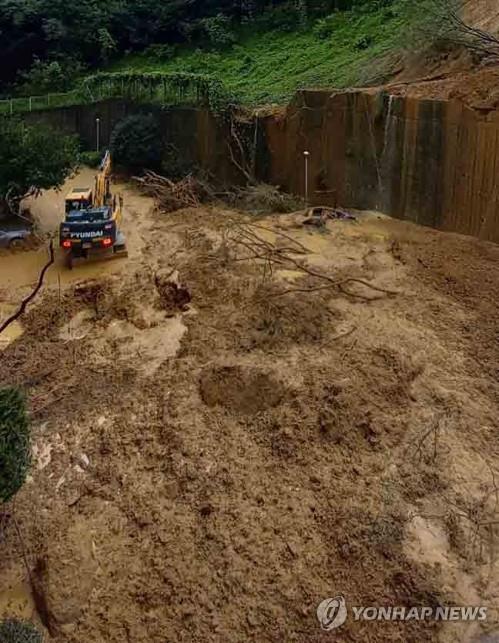 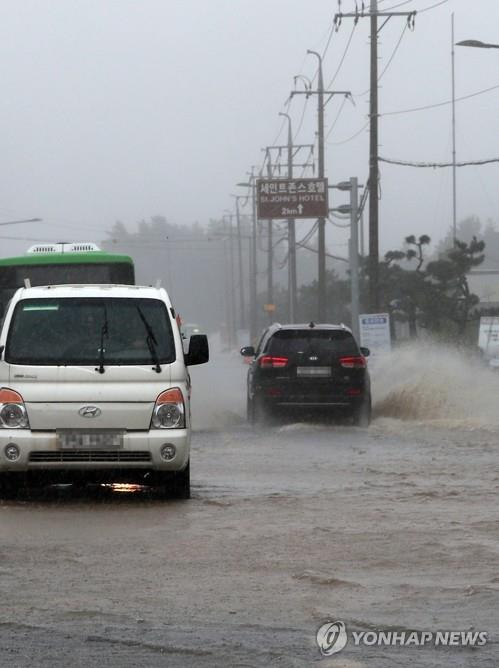 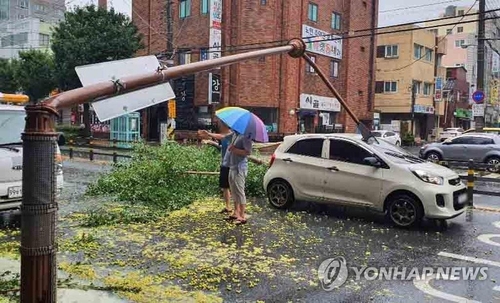 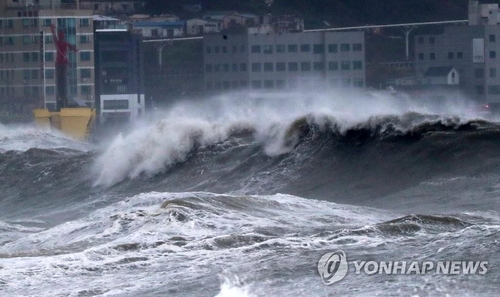 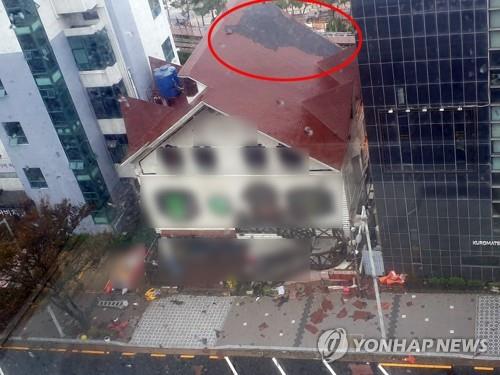 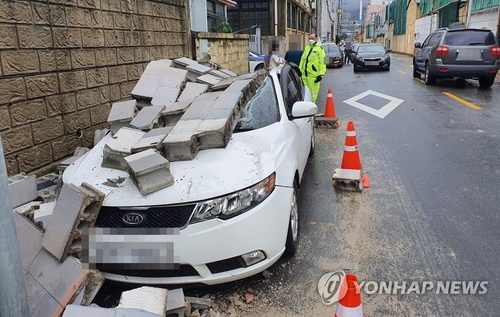 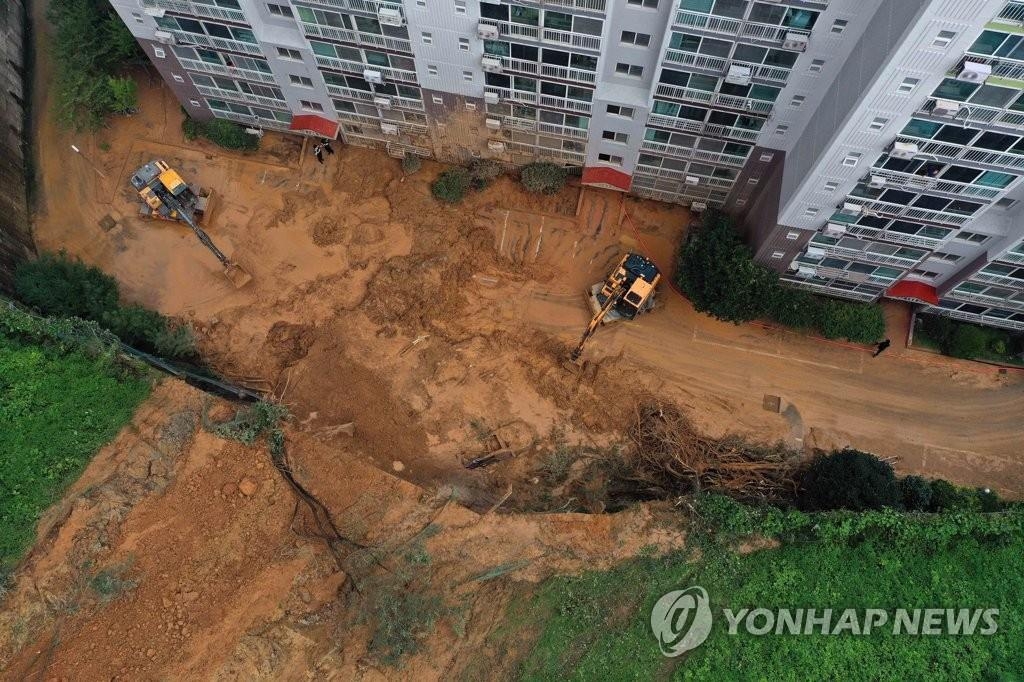 Typhoon Haishen was forecast to continue to march northward until it arrives at Chongjin, North Korea, at midnight. It is expected to dissipate there. 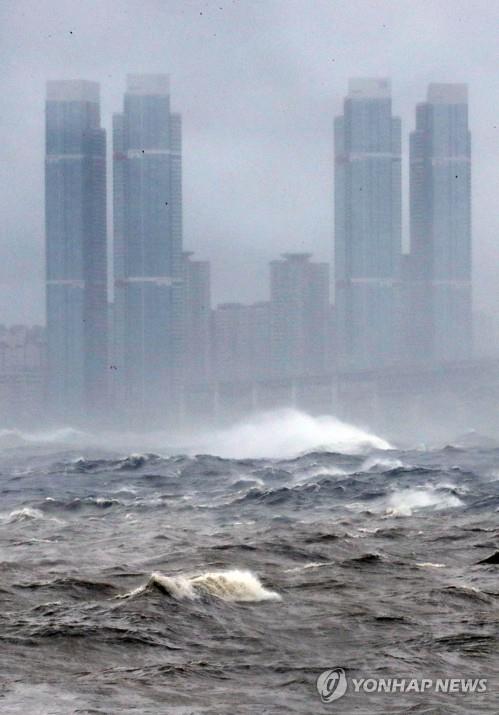 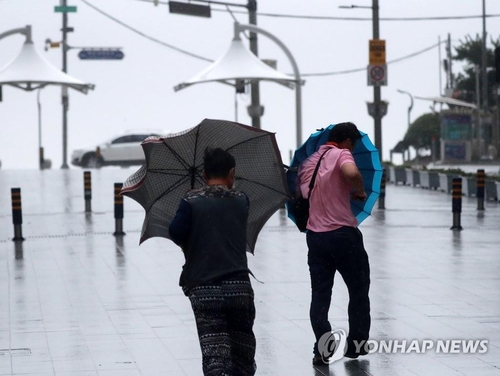 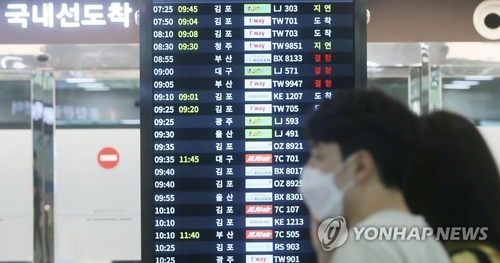