SEOUL, Sept. 7 (Yonhap) -- Trainee doctors did not return to work Monday despite a deal the country's largest doctors' association has signed with the government to end a nationwide strike over a controversial medical reform plan.

Representatives of trainee doctors and medical students had reportedly leaned toward returning to their duties, but some members of the Korean Intern and Resident Association (KIRA) raised objections.

"We will not return to work on Sept. 7 and will remain in the current status," KIRA said in a statement late Sunday. "Further discussion will be made after a meeting scheduled for 1 p.m." 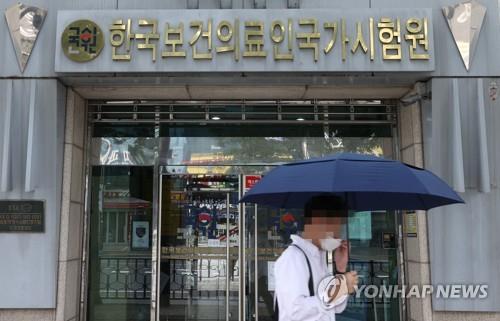 The Korean Medical Association (KMA), which represents some 130,000 doctors across the country, joined the collective action but agreed to return to work Friday after the government backed down and promised to put the medical reform plans on hold.

Trainee doctors not to resume work, some service disruption continues

Trainee doctors not to resume work, some service disruption continues