SEOUL, Sept. 7 (Yonhap) -- Ulsan Hyundai FC inched closer to the South Korean football title over the weekend, though they certainly would have liked to have taken a bigger step.

Following a 1-1 draw with underdogs Gwangju FC on Sunday, Ulsan now lead Jeonbuk Hyundai Motors by five points, 46 to 41, atop the K League 1 table. Jeonbuk suffered a 2-0 defeat to Seongnam FC on Saturday for their second consecutive loss. 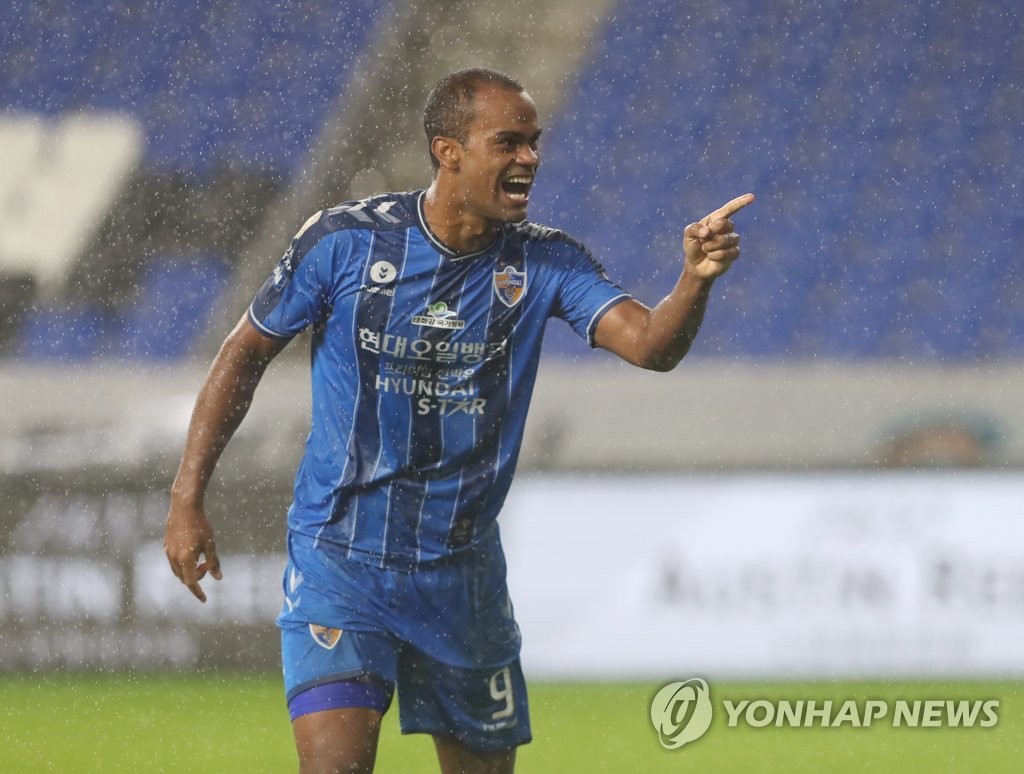 With eight matches remaining in this coronavirus-hit, truncated season, Ulsan are trying to win their first K League championship since 2005. They came close to ending the drought last year, only to blow their opportunity on the final day of the season.

A win over Gwangju would have put Ulsan up by seven points, not insurmountable for Jeonbuk but certainly daunting.

But it was Gwangju who struck first with Willyan da Silva Barbosa's header in the 22nd minute.

Ulsan pulled even with Junior Negrao netting his league-best 22nd goal of the season in the 59th minute. Ulsan were then gifted a great opportunity to take the lead, after Willyan was sent off on a straight red card in the 69th for kicking Ulsan's Kim Tae-hwan in a battle along the touchline. 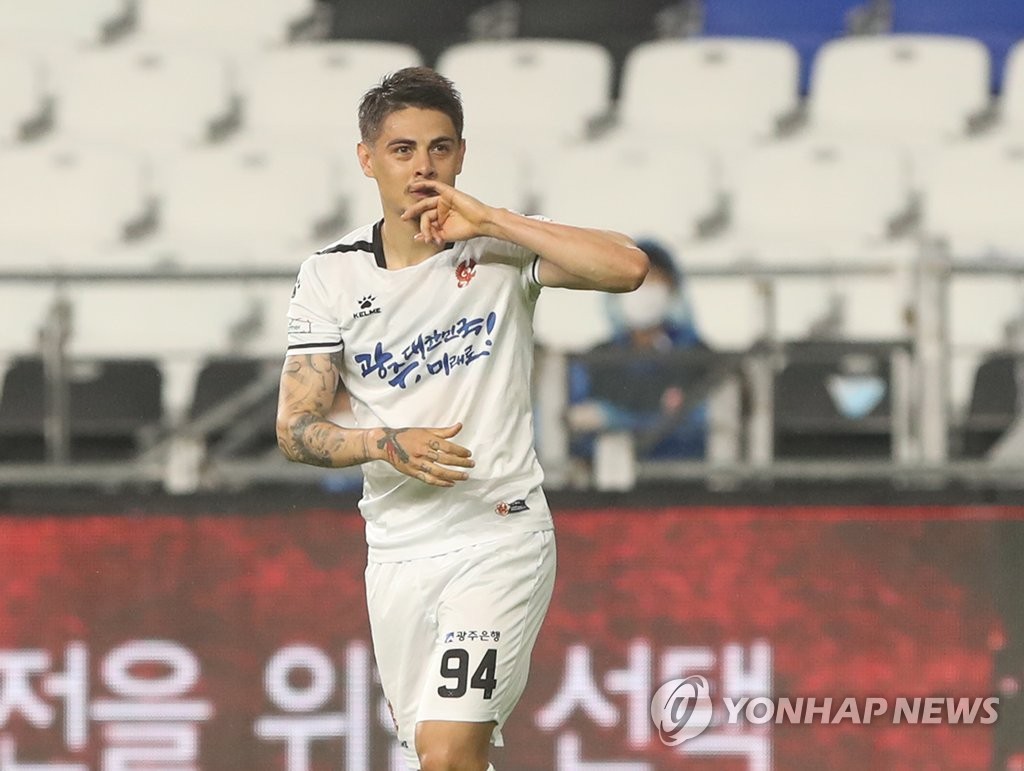 Willyan was originally issued a yellow, but it was upgraded to a red card after a video review.

Ulsan still couldn't solve the 10-man Gwangju and had to settle for the draw.

On a brighter note, Junior Negrao scored in the third straight match and remained on pace to match or break the K League's single-season record of 31 goals.

A day earlier, Seongnam FC upset Jeonbuk 2-0 for their first victory at home this season.

In winning their third straight championship in 2019, Jeonbuk lost just three times in 38 matches. They have already dropped four matches out of 19 so far this year.

At the other end of the table, Incheon United defeated Gangwon FC 3-2 on Sunday behind a hat trick by Stefan Mugosa. 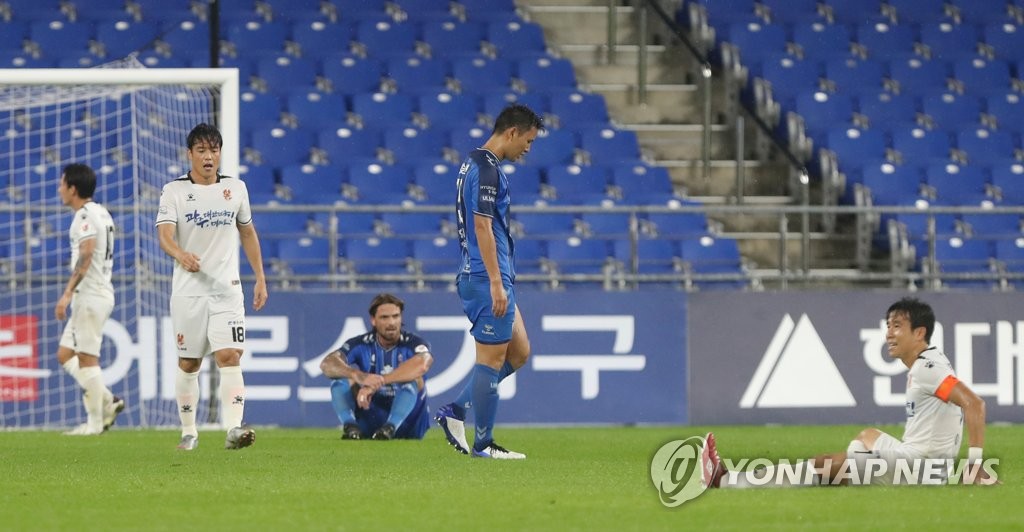 It once seemed a given that Incheon United would be demoted to the lower-tier competition, as they opened the season with a 15-match winless skid. But they've put together three wins in their past four contests to add more intrigue to the battle at the bottom.

In the middle, four clubs are in a virtual tie for the sixth and last spot for the upper echelon for the "split" phase in the final stretch of the season. 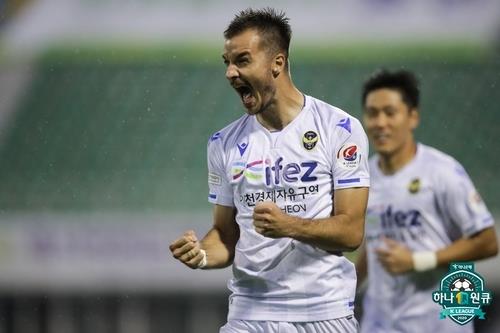 Gangwon FC, Gwangju FC, Seongnam FC and FC Seoul all have 21 points apiece. Gangwon occupy the sixth place for now with the goals scored advantage with 24, followed by Gwangju with 23 goals scored. Seongnam and Seoul have each scored 17 goals, and Seongnam lead Seoul in the next tiebreaker, goal difference, by minus-4 to minus-18.

Busan IPark are also threatening to join the fray with 20 points. Busan and FC Seoul played to a 1-1 draw Saturday.

The 12 clubs will be divided into "Final A" and "Final B" after 22 matches. Then teams will play the last five matches of the season within their own group.

On Friday, Sangju Sangmu beat Suwon Samsung Bluewings 1-0 to improve to 34 points and stay in third place. After the weekend's action was finished, Sangju clinched a spot in the Final A.

In exchange for relocating to another city next season, Sangju will face automatic relegation to the K League 2 regardless of their final position in the K League 1 this season. They could have been forgiven for playing out the string this year, but they have overachieved and stayed in the top three for most of the season. 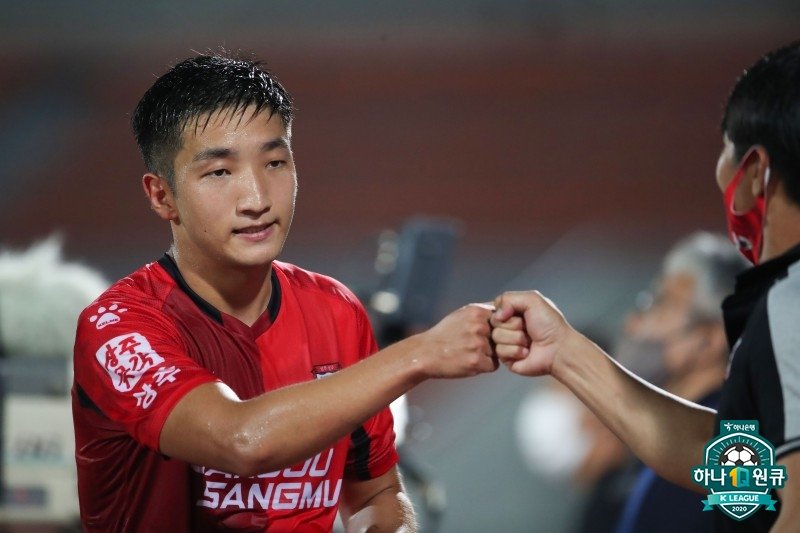