SEOUL, Sept. 7 (Yonhap) -- First Vice Foreign Minister Choi Jong-kun met with the Chinese and Japanese ambassadors on Monday, amid the intensifying Sino-U.S. rivalry and a looming leadership change in Japan.

On Monday, Choi had a meeting with Japanese Ambassador Koji Tomita amid continuing tensions between Seoul and Tokyo over the long-running thorny issue of wartime forced labor and the latter's export restrictions. 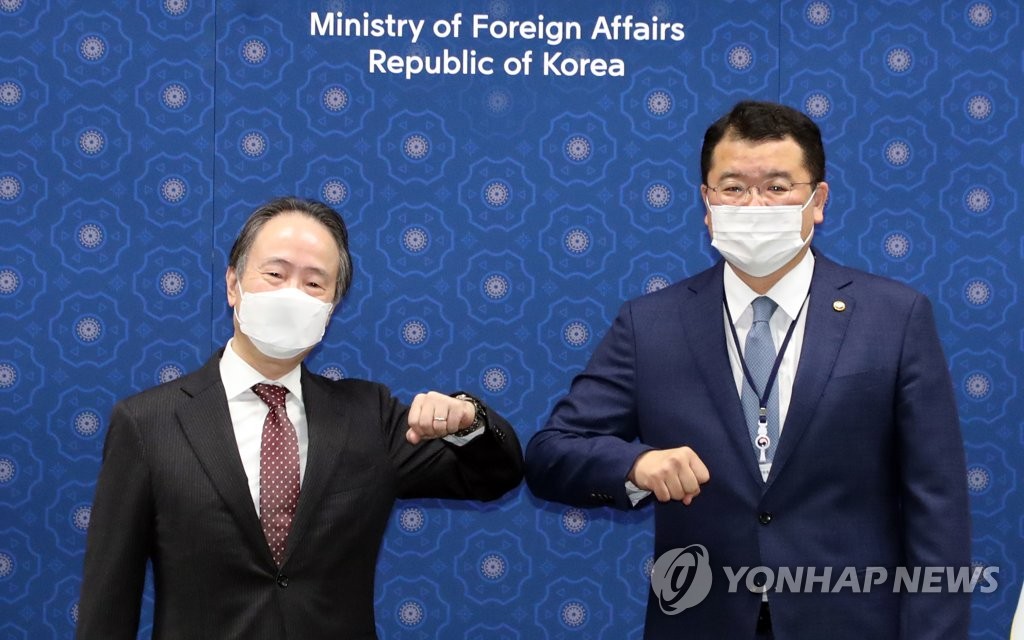 Their talks came after Japanese Prime Minister Shinzo Abe announced his intent late last month to step down due to health problems -- a move that raised cautious hope for a possible shift in the taut relations between South Korea and Japan.

Choi and Tomita shared the view that relations between South Korea and Japan face a "very important period" down the road, and reaffirmed that they would explore solutions to pending issues through dialogue, the foreign ministry said in a press release.

Regarding the forced labor issue, Choi noted the need for the two countries to pool their wisdom to explore a solution that can be acceptable to the victims, while respecting the 2018 South Korean court ruling that called for compensating the victims.

He also urged Tokyo to promptly withdraw its export curbs, which Seoul believes were implemented in retaliation for the court ruling.

Tokyo has claimed that all reparation issues stemming from Japan's 1910-45 colonization of the peninsula were settled under a 1965 treaty that normalized bilateral ties. 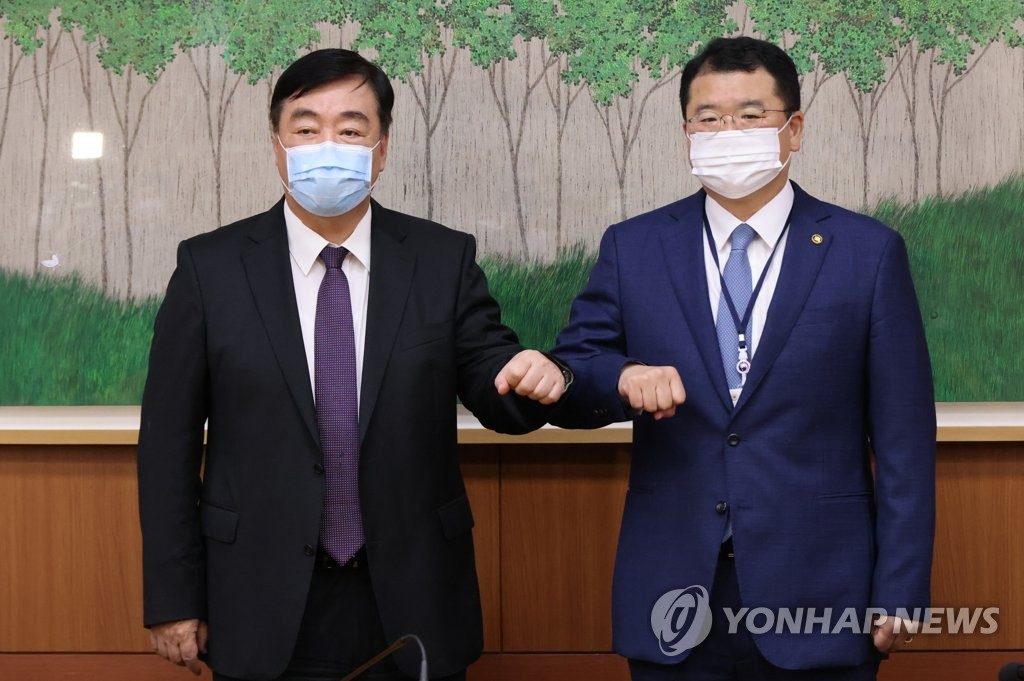 Choi and Xing assessed that the two countries have been closely communicating at each level, including between their leaders, and pointed out the need for their countries to work together to develop their ties to a "higher level," the ministry said.

Xing pledged to make active efforts to support the smooth expansion of people-to-people exchanges between the two countries, the ministry said.