SEOUL, Sept. 7 (Yonhap) -- The government's plan to release a second round of emergency handouts to only those in greater need would bolster national solidarity against the COVID-19 pandemic and fulfill social justice, the ruling party leader, Rep. Lee Nak-yon, said in his parliamentary speech Monday.

"People who are experiencing greater pain should be the ones (the government) helps first ... that's solidarity, as well as a way to fulfill justice," the ruling party leader said in his address marking the opening of a new regular National Assembly session. It kicked off last Tuesday for a 100-day run. It is Lee's first parliamentary speech since being elected the DP's chairman late last month.

"The virus does not discriminate people, but the pain (from the pandemic) is not equal for everyone," Lee said, stressing that no one should take unfair disadvantage from the pandemic.

"With that in mind, the government is formulating the fourth extra budget bill," he said, calling for the chamber's cooperation for the swift parliamentary passage of the bill under progress. 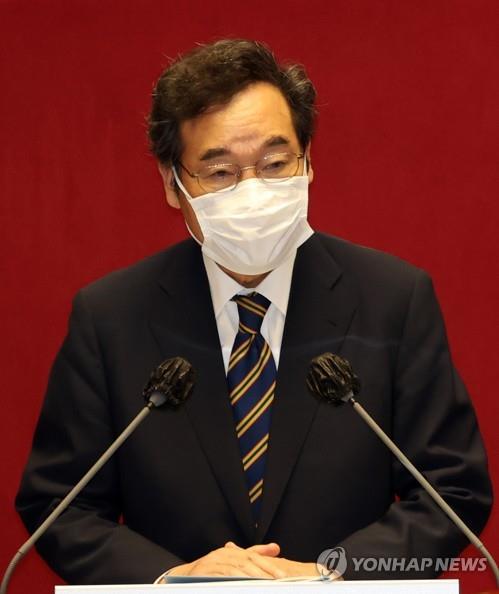 On Sunday, the DP, the government and Cheong Wa Dae agreed on the second round of emergency handouts targeting those who work on unstable employment contracts, small business owners and low-income households, as opposed to the first stimulus checks provided to all citizens in May.

The three parties also agreed to draw up the fourth extra budget worth more than 7 trillion won (US$5.9 billion) to prop up the economy in the aftermath of the pandemic.

The ruling party leader also offered an olive branch to the opposition bloc and proposed resuming regular consultative dialogue involving the government and the ruling and main opposition parties.

"I urge that we suspend confrontations and fulfill politics of unity at least while we deal with the national difficulty ... there would be nothing that cannot be resolved through dialogue," Lee said.

"(I will work) to help the country overcome this war on the coronavirus and safeguard the lives of people while faithfully preparing for what will come after the pandemic," he also noted. 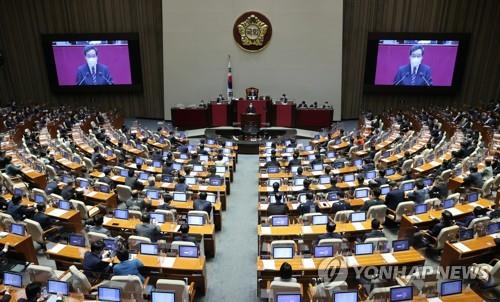