SEOUL, Sept. 7 (Yonhap) -- Some 300,000 North Koreans in Pyongyang have volunteered to help with recovery efforts in typhoon-hit eastern regions after leader Kim Jong-un called on party members in the capital city a day earlier to step forward to help, state media reported Monday.

In an open letter sent to party members in Pyongyang, Kim said about 12,000 elite party members of the capital city will be sent to North and South Hamgyong Provinces each to help with recovery efforts, the Korean Central News Agency reported Sunday.

Kim also called on party members, especially those in the capital, to "take the lead" in helping with recovery efforts in flood-affected areas, KCNA said.

"On Sunday alone, some 300,000 party members petitioned to help with recovery from damage in North and South Hamgyong Provinces with eagerness to follow the party's initiatives," KCNA reported Monday.

KCNA said the number of volunteers is increasing.

Elite party members in Pyongyang also held an emergency meeting immediately after Kim's letter to discuss how to organize the division of the members and the dispatch, according to the Rodong Sinmun, the official newspaper of the ruling party.

Heavy machinery, such as trucks and excavators, and other equipments necessary for restoration work have already been dispatched to the Hamgyong provinces, the paper said.

"As soon as they received the open letter from the Supreme Leader, officials and party members, as well as workers and the youth, fervently pleaded to help with the recovery from damage in North and South Hamgyong Provinces," the paper quoted a party member in Pyongyang as saying.

On Saturday, Kim visited the country's eastern South Hamgyong Province, which was hit by Typhoon Maysak last week, and presided over a Workers' Party meeting at the scene to discuss recovery efforts, according to state media.

Typhoon Maysak, the ninth tropical storm of the season, hit North Korea as the country is still reeling from damage caused by another typhoon and heavy downpours. Another powerful typhoon is expected to hit the country's eastern coast Monday. 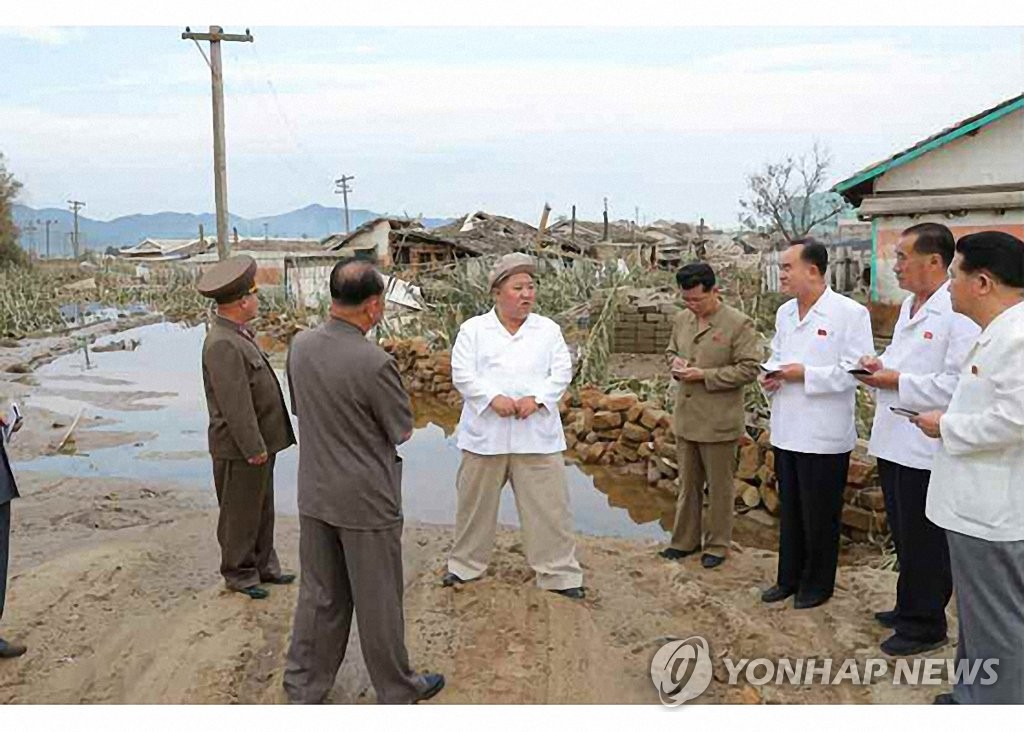