SEOUL, Sept. 7 (Yonhap) -- Embattled Eastar Jet Co. said Monday it will reduce its workforce by more than half as part of efforts to find a new investor after Jeju Air Co. scrapped its plan to acquire the smaller budget carrier amid the coronavirus pandemic.

Eastar plans to lay off 640 workers, or 53 percent, of its 1,216 employees on Oct. 14 before it begins the process of finding a new investor, Eastar Senior Vice President Kim You-sang said over the phone.

Eastar currently has 18 planes, including two 737 MAX aircraft, and plans to reduce the fleet to five to seven planes. 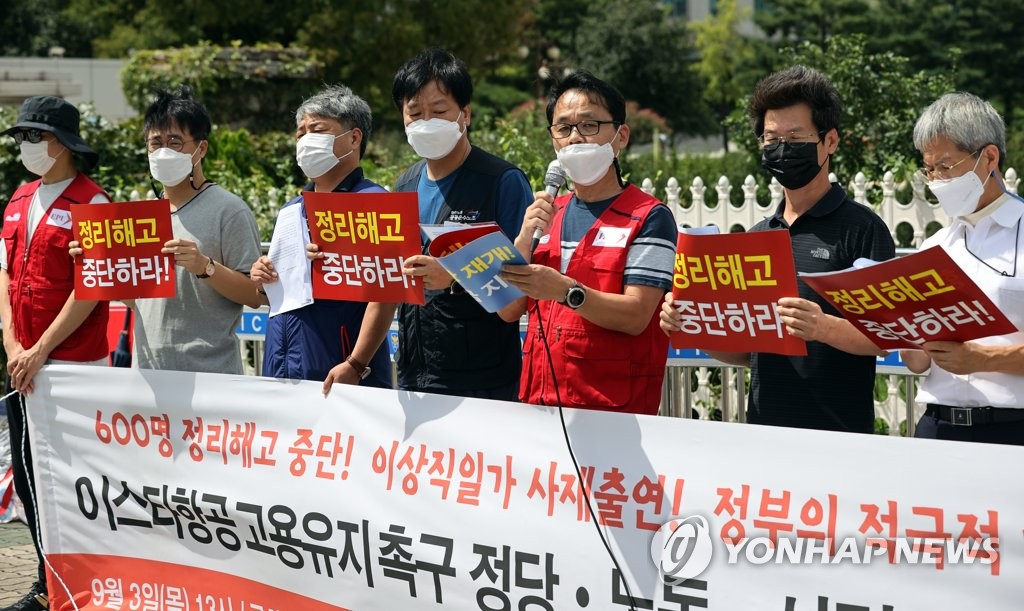 "Ten companies, including PEFs, have expressed their intention to acquire Eastar. We are targeting to select a preferred negotiating partner by the end of this month," he said.

Eastar, which has suspended all flights since March, faces bankruptcy after Jeju Air scrapped the deal in late July due to the COVID-19 pandemic's growing impact on the airline industry.

Eastar to cut half of employees for new deal

Eastar to cut half of employees for new deal