SEOUL, Sept. 7 (Yonhap) -- The hottest team in South Korean baseball will take dead aim at first place this week, with a key two-game series against another title contender coming up on Thursday.

The LG Twins are riding a seven-game winning streak into their makeup game on Monday against the Lotte Giants. It's the longest current winning streak in the Korea Baseball Organization (KBO), ahead of the six-game run by the KT Wiz. 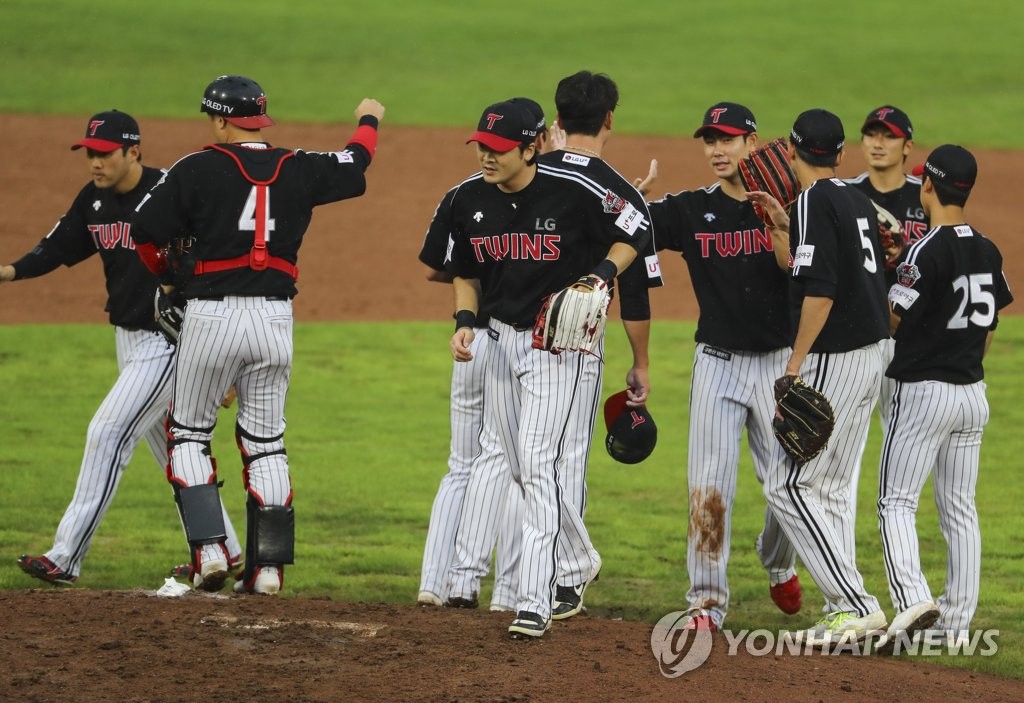 The Twins have taken sole possession of second place, just one game behind the NC Dinos and half a game up on the Kiwoom Heroes.

The Heroes, who've lost three straight, and the Twins will collide for two games starting Thursday at Jamsil Baseball Stadium in Seoul.

Before hosting the Heroes, the Twins will also have to contend with the Kia Tigers for two games. The Tigers won two straight games over the weekend but remain 2.5 games behind the Wiz and the Doosan Bears for the final playoff spot. 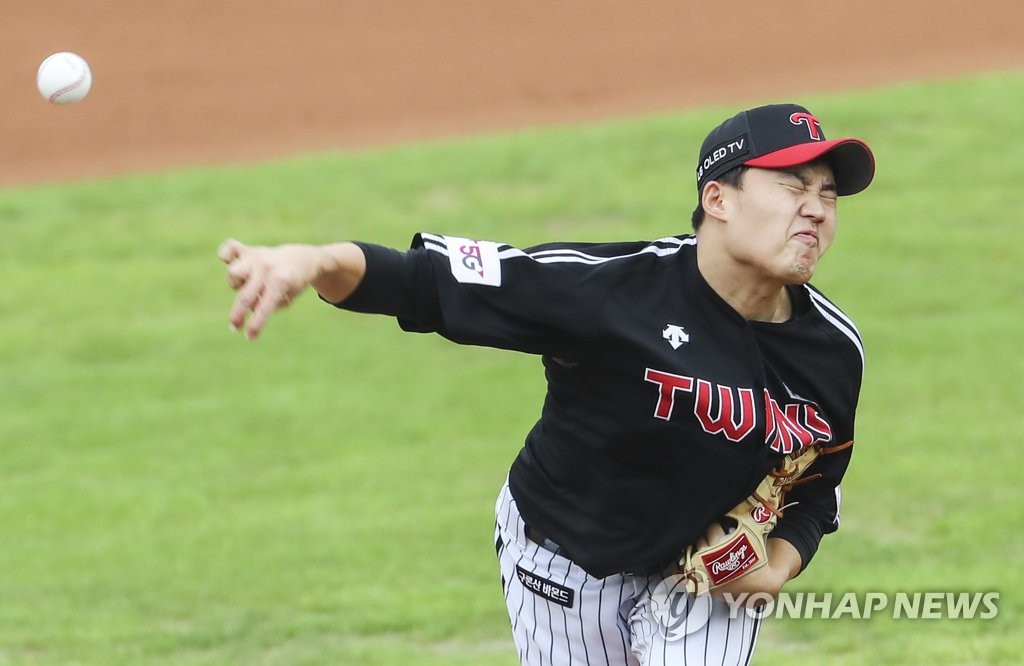 The Dinos, clinging to the slim lead at the top, will enjoy a six-game homestand: two games each against the fading Lotte Giants, the Wiz and then the Tigers.

The Heroes will visit the SK Wyverns for two games beginning Tuesday. The Wyverns have dropped nine in a row, and the disastrous season got even worse on Sunday when their manager Youm Kyoung-youb fell ill and was sent to the emergency room at a Seoul hospital. 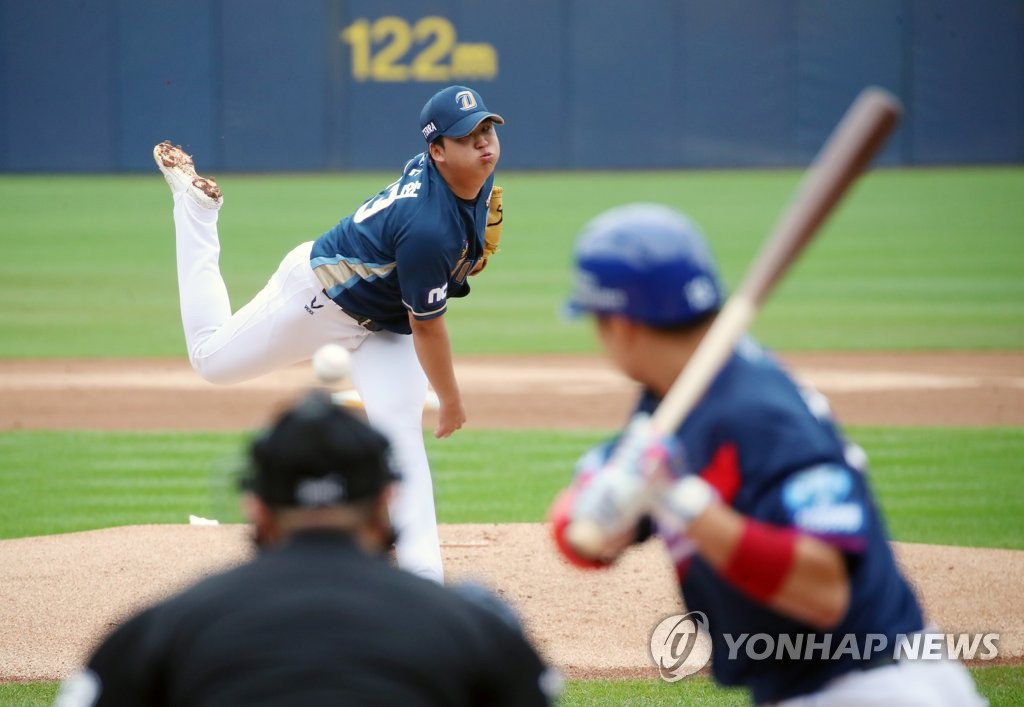 Youm had only been back for five days after missing over two months in light of a health scare during a game on June 25. He collapsed and briefly lost consciousness then, with doctors citing inadequate diet and excessive stress as the main causes for Youm's poor health condition. The Wyverns lost all five games following Youm's return. 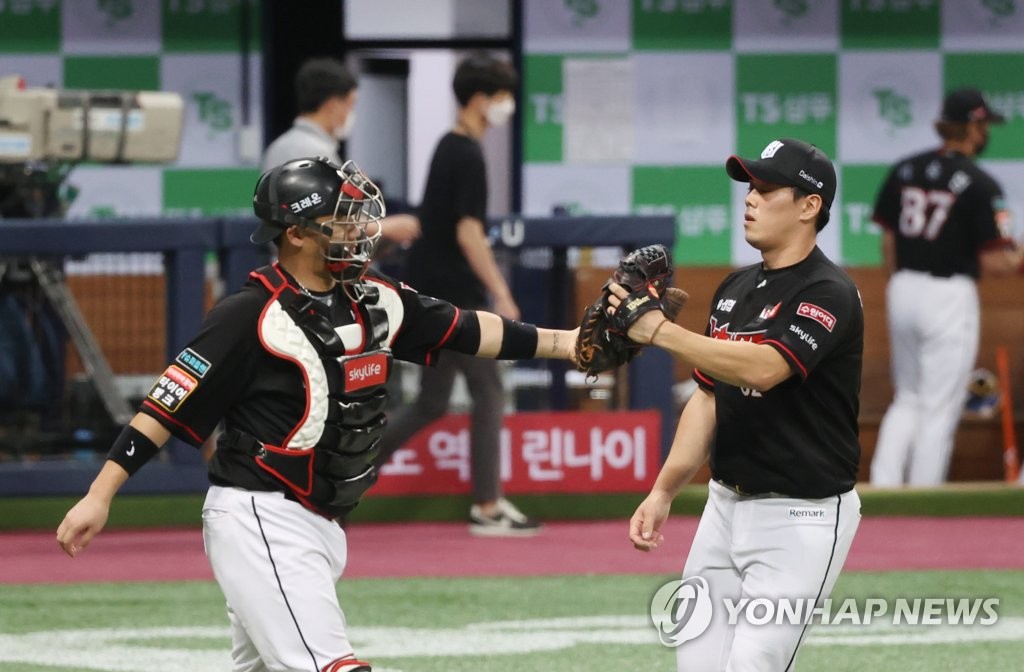 Barring rainouts, all 10 clubs will surpass the century mark in games played in the 144-game schedule this week. The top three of the Dinos, the Twins and the Heroes have put a bit of distance between themselves and the rest, leaving the Bears, the Wiz and the Tigers to jostle for the final two playoff spots. The Giants, 4-6 in their last 10, are barely in the race, as they are 5.5 games out of fifth. The Samsung Lions, who reached fourth place in early July, have all but dropped out of the battle after an 8-15-1 (wins-losses-ties) August pushed them down to eighth place. 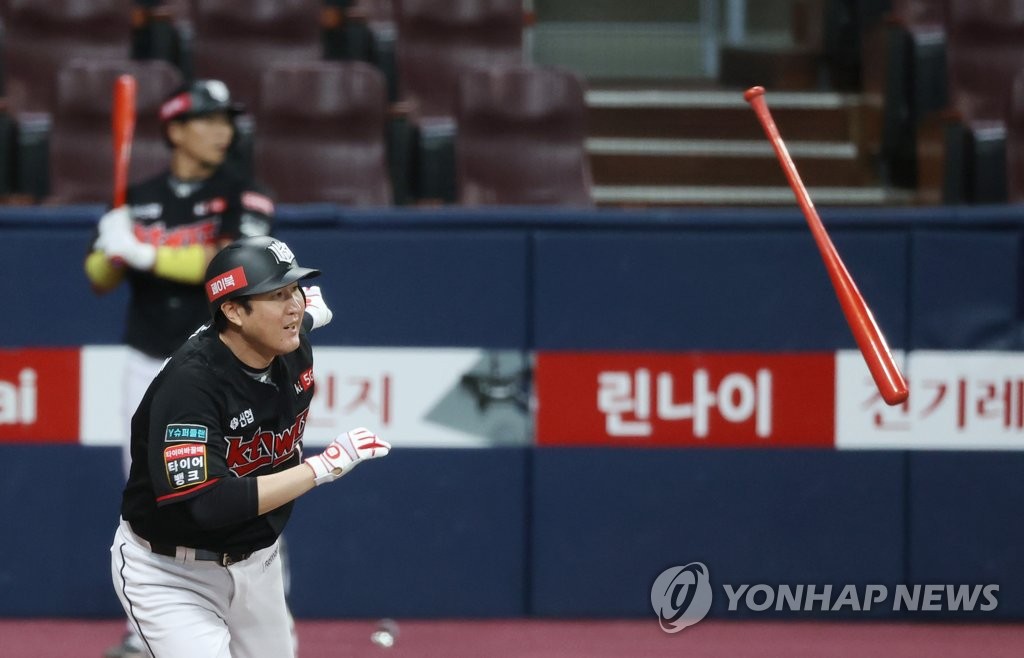