He said that the call for a universal payment of even a smaller amount of money "makes sense," with all of the people in South Korea tired of battling the pandemic, while cooperating with the anti-virus efforts.

"Realistically, however, fiscal difficulties are big," he said, speaking in front of pool reporters and cameras during a weekly meeting with senior Cheong Wa Dae secretaries. "(The government) needs to issue state bonds (to finance the program)." 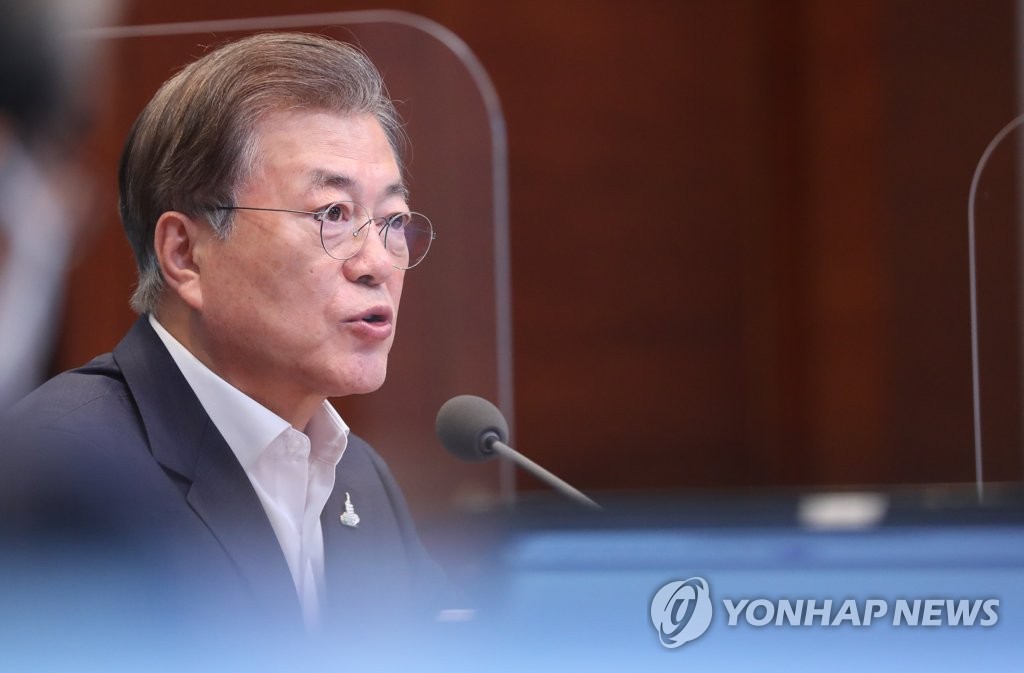 The government can't help considering that South Korea is still trying to ride out the crisis, the end of which is not foreseeable, he added.

Moon stressed that it's an "inevitable choice" to provide those in urgent need with tailored support for "maximized effects" on the basis of "limited budgets." The decision was made through "plenty of reviews and discussions," he added.

The plan is aimed at offering the "maximum public safety net," so that the people's lives won't collapse, by "first supporting those who are at the threshold of survival."

The previous day, the government and the ruling Democratic Party agreed formally on another round of coronavirus-related stimulus cash handouts.

Unlike the first batch earlier this year, the emergency relief funds would be granted on a targeted or selective basis.

For the program, the government plans to allocate an additional supplementary budget worth more than 7 trillion won (US$5.9 billion), which would be the fourth of its kind this year alone.

The government has yet to announce details including the exact scale of new extra budgets and the income criteria for the beneficiaries of the cash grant program.

Moon asked the National Assembly to swiftly pass a relevant bill, once submitted.
The president said the government would speed up administrative procedures so that the relief money can be paid as early as possible before the Chuseok holiday season to start at the end of September.