South Korea will "accelerate the transition to clean and safe energy," he said in a speech for the virtual ceremony on the first International Day of Clean Air for blue skies.

Moon proposed the designation of the day during his U.N. speech last year.

The liberal Moon administration has not licensed the construction of a new coal power plant and plans to close 10 existing ones before the end of his tenure in 2022.

"(South Korea) will shut down 20 others additionally by 2034," Moon said. "(It) plans to more than treble the number of solar and wind power facilities by 2025, compared with last year." 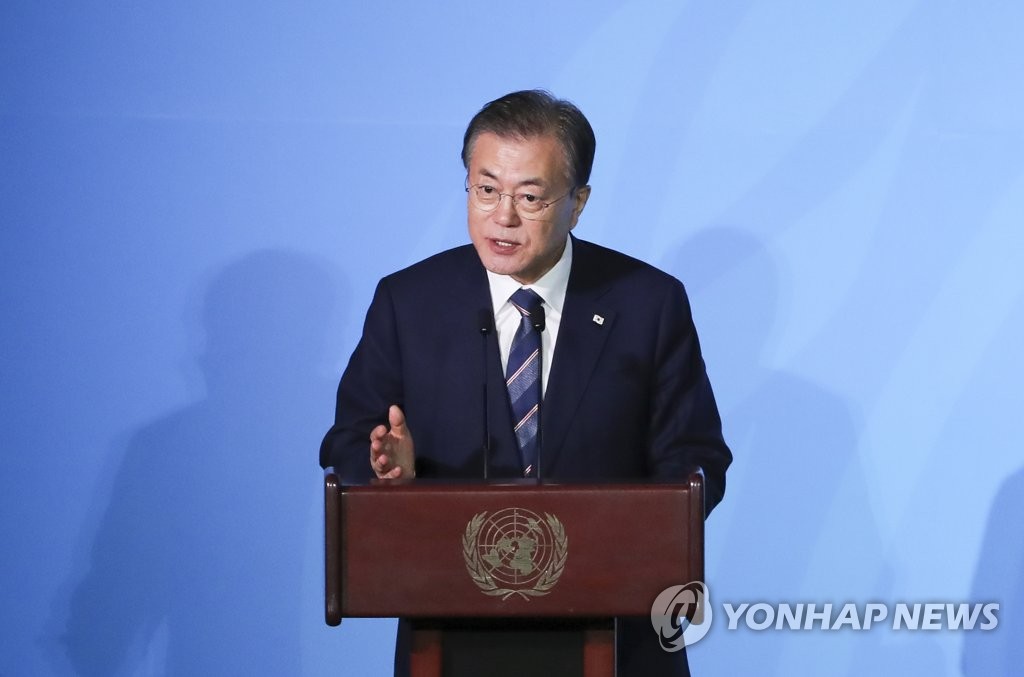 The government will shift the country's electricity supply system to a renewable energy base from that of fossil fuels over the long haul, he added.

The president emphasized the importance of clean air, with the world confronted with the new coronavirus pandemic and an increased number of natural disasters. This year, South Korea has also had more numerous and more powerful seasonal typhoons than previous years apparently due to climate change, he noted.

He said climate change has become "the most important problem of our generation," which can no longer be put on the back burner. Moon also called for closer international cooperation to cope with the matter.

"What's clear is that the climate-environment problem is not a problem for a certain single country and only international cooperation can bring about a fundamental change," he said.

Moon said the government's Green New Deal project represents a strategy to overcome the COVID-19 crisis, respond to the climate crisis, create jobs and enhance the "inclusiveness" of the South Korean society.

He added the government will strengthen cooperation with China and Japan in the fight against fine dust.