WASHINGTON, Sept. 7 (Yonhap) -- U.S. President Donald Trump on Monday refuted claims that he had considered what he has called "beautiful letters" from North Korean leader Kim Jong-un just as those, apparently dismissing the naivety such a claim may imply.

"Just heard that wacko John Bolton was talking of the fact that I discussed "love letters from Kim Jong-un" as though I viewed them as just that," Trump wrote on his twitter account.

"Obviously, was just being sarcastic," he added, while also calling his former national security adviser by another name.

It was not immediately clear where and when Bolton made such remarks.

However, in his recently published book, "The Room Where It Happened," Bolton claimed the U.S. president was never serious about reaching a deal with Kim and only sought to have publicity moments with the reclusive leader. 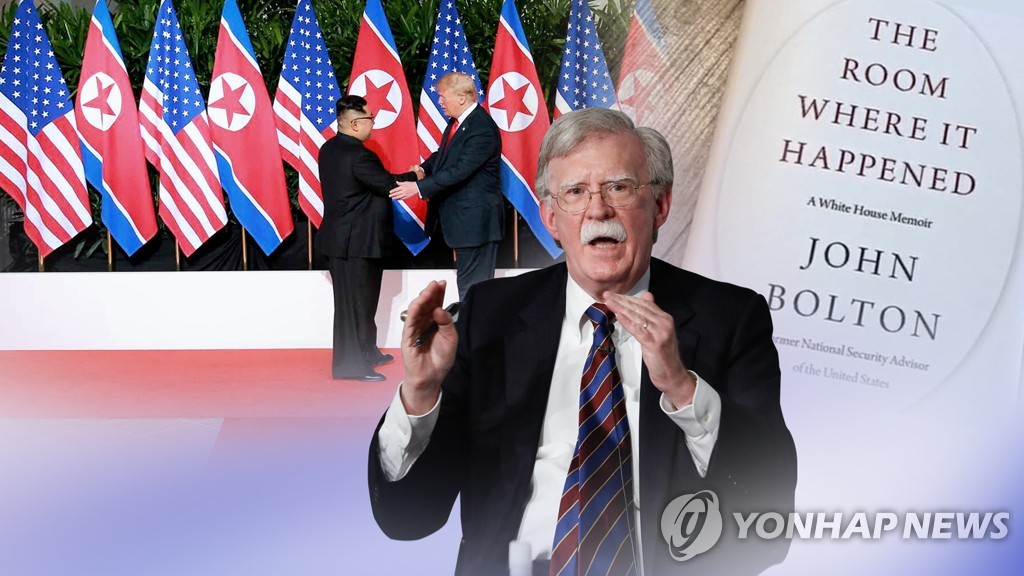 Trump and Kim have held three meetings, including two bilateral summits in June 2018 and February 2019.

The U.S. president is also said to have exchanged a number of what he called "personal" and "beautiful" letters with Kim.

Their denuclearization talks, however, have stalled since their latest summit held in Hanoi ended without any agreement.

Trump's latest attack against his former aide comes before the scheduled release of another book, this time by the famed New York Times journalist Bob Woodward, who is said to have obtained 25 letters exchanged between Trump and Kim.

Meanwhile, Bolton renewed his claim that Trump bases his policy decisions, including those regarding U.S. foreign relations, on "gut instincts" instead of facts and information.

"He didn't believe he needed to know a lot," the former national security adviser said while appearing Monday on a podcast show hosted by political journalist Jamie Weinstein.

"He (Trump) thought his gut instinct would help tell him what the right decision was...It does show why the Trump decision-making style doesn't lead simply to incorrect decisions, but it's dangerous and risky for the United States when you're dealing with those kinds of matters," said Bolton.