If the market forecast becomes a reality, it would mark the first time in two years for Samsung Electronics' operating profit to surpass the 10 trillion-won mark.

Samsung Electronics, the world's top smartphone and memory chip manufacturer, is slated to announce its results for the July-September quarter about a month later. 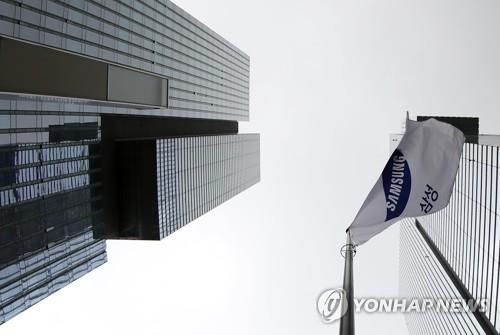 According to a survey by Yonhap Infomax, the financial news arm of Yonhap News Agency, the market consensus of Samsung's third-quarter operating profit stands at 9.1 trillion won.

Buoyed by a super boom of semiconductors, Samsung's operating profit hovered above the 10 trillion-won mark for seven straight quarters between the second quarter of 2017 and the fourth quarter of 2018.

Analysts' optimistic outlooks come amid Samsung's strong sales of smartphones, TVs and other electronics products in spite of the coronavirus pandemic.

Third-quarter sales of Samsung's smartphone segment are expected to soar up to 49 percent from three months earlier.

The company's QLED TV shipments are also projected to jump in the 40 percent range, and Samsung also posted strong sales of other home appliances in July.