SEOUL, Sept. 8 (Yonhap) -- The government said Tuesday it will start the annual purchase of rice for emergency reserves next week in line with efforts to stabilize the market price and brace for potential natural disasters.

Under the plan, the country will purchase 340,000 tons of rice for the reserves by the end of this year, along with 10,000 tons for overseas aid, according to the Ministry of Agriculture, Food and Rural Affairs.

The emergency reserve system is designed to store staple grains as a contingency against natural disasters or other food supply crises.

The government normally purchases around 17 to 18 percent of the annual consumption amount, about two months worth, as a backup.

The government plans to provide an advance payment of 30,000 won (US$25.2) per 40-kilogram sack of rice and cover the remaining amount by the end of this year.

The country also purchases sacks for overseas aid under the ASEAN+3 Emergency Rice Reserve project, which is aimed at safeguarding the region's food security in case of emergencies, such as floods and droughts.

Since 2017, South Korea has donated rice to Myanmar, Cambodia, Vietnam, Laos and the Philippines in humanitarian aid under the program. 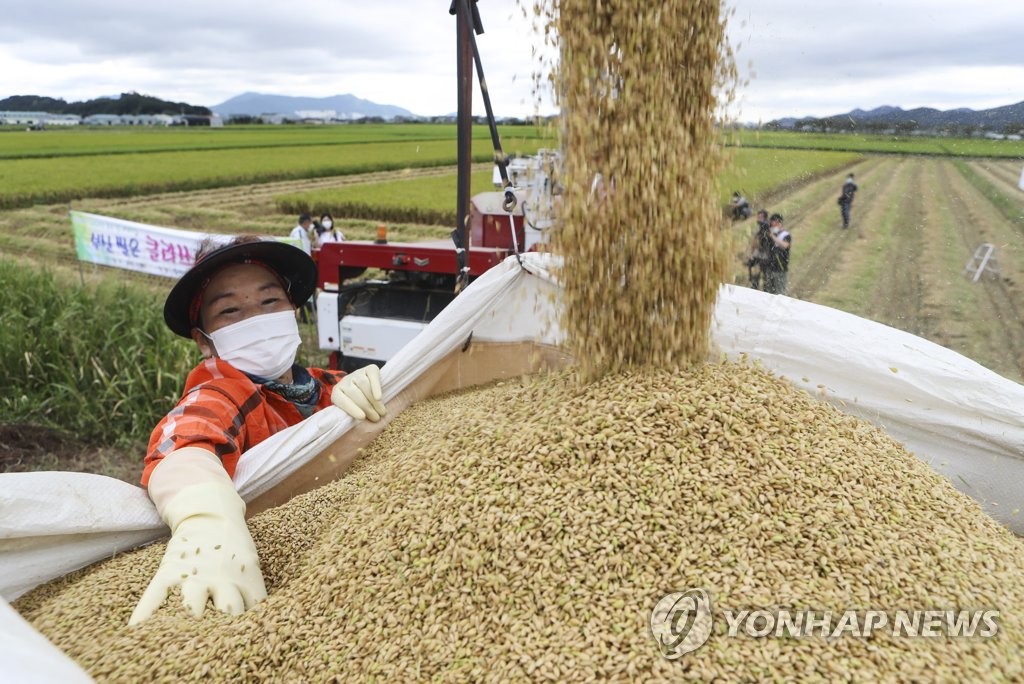 S. Korea to start purchase of rice for emergency reserves

S. Korea to start purchase of rice for emergency reserves