He made the remarks during a weekly Cabinet meeting at Cheong Wa Dae, in which he formally approved the plan to enhance the stature of the Korea Centers for Disease Control and Prevention (KCDC) to an organization with more power, authority and workforce.

The KCDC has so far played an excellent, pivotal role in South Korea's response to the COVID-19 outbreak and has been exemplary for the international community, the president noted.

On the basis of trust, the KCDC is being reborn as an administration, which is the control tower of handling infectious diseases with independence and strengthened expertise, he said. 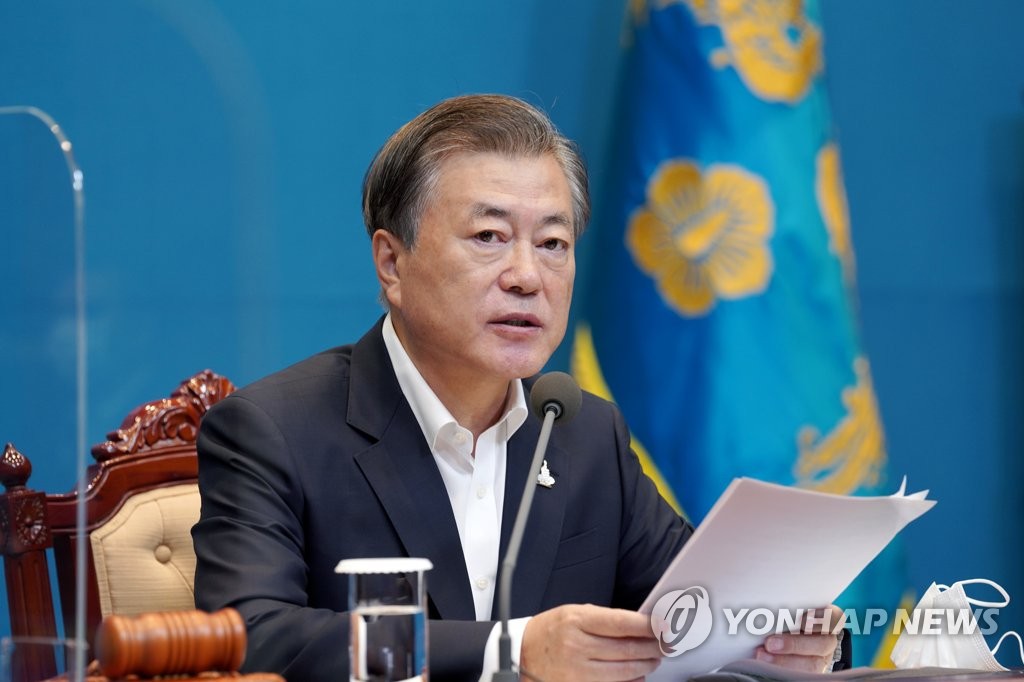 The administration will have "substantive authority" to establish "dense and systemic" networks to monitor, research, analyze and prevent such illness, and even respond to a crisis, Moon said.

He also attached significance to the decision to create a new vice ministerial position at the Ministry of Health and Welfare to be in charge of health care affairs.

It will serve as an "opportunity to greatly strengthen the public medical and health care capabilities in the situation that a health care crisis, like the coronavirus one, becomes common," he said.

A vice health minister, to be named later, needs to focus on developing South Korea's health care system as soon as the coronavirus situation is stabilized, Moon said. With the organizational change, the ministry will have two vice ministers, with another dealing with welfare policy.