The combined transactions made through the country's four major food delivery applications came to 1.2 trillion won (US$1 billion) in August, up 28 percent from a month earlier, according to the industry tracker WiseApp.

Late last year, the German firm struck a deal to acquire an 87 percent stake in Woowa Brothers. Authorities are still reviewing the planned acquisition in line with the nation's competition law. 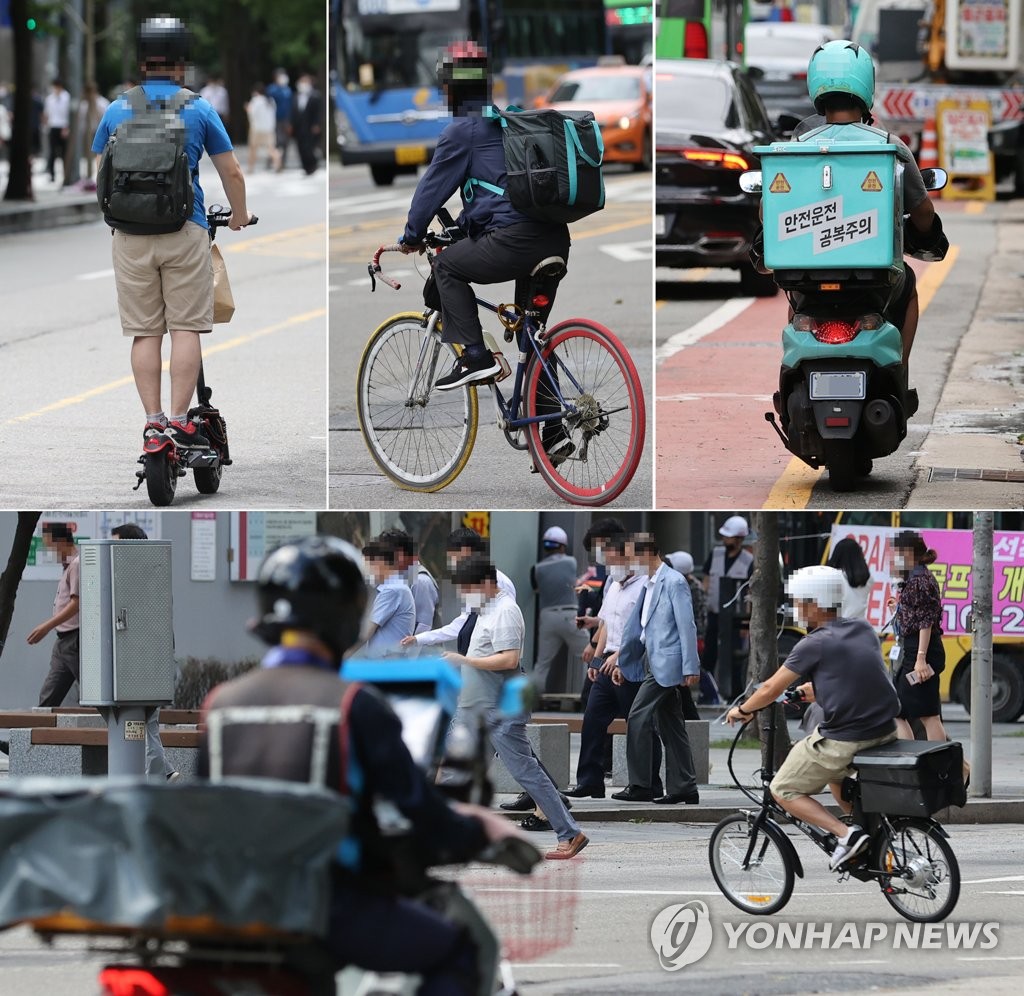 The industry tracker said the actual value of meals sold through the platforms is estimated to be much higher than estimated, as it excludes orders that are paid upon delivery.

In separate data compiled by another industry tracker, IGAWorks, the number of users of Coupang Eats operated by e-commerce giant Coupang Inc. reached a whopping 748,000, growing fourfold from a year earlier.

Wemakeprice, another e-commerce giant that recently launched food delivery services, saw its users reach 170,000 in the month as well.

"Due to the rising demand for contact-free services, the delivery applications are flourishing," IGAWorks said in its report.

South Korea's new virus cases, meanwhile, stayed below 200 for the sixth consecutive day Tuesday. The country added 136 more COVID-19 cases, including 120 local infections, raising the total caseload to 21,432, according to the Korea Centers for Disease Control and Prevention.

The country has been implementing an enhanced social distancing scheme in the greater Seoul area since Aug. 30.

Under the scheme, restaurants in the Seoul metropolitan area can operate normally from 5 a.m. until 9 p.m. but then can only offer takeout after that time. Franchise coffee chains, bakeries and ice cream parlors can only offer takeaway around the clock.

While the measure was originally planned to run through Sunday, health authorities decided to extend the scheme for another week through Sept. 13, as untraceable cases and cluster infections from churches, apartments and offices continued to pop up.

South Korea also decided to extend the Level 2 social distancing scheme imposed nationwide since mid-August through Sept. 20. Under the policy, indoor meetings of more than 50 people and open-air gatherings of over 100 people are banned.

Any gatherings of 10 or more people will be banned if the country implements the highest restrictions of Level 3.