SEOUL, Sept. 8 (Yonhap) -- The head of the World Food Programme called Tuesday for stepped-up international cooperation and engagement in providing humanitarian assistance to North Korea despite restrictions caused by the global coronavirus pandemic.

"The WFP, and a wide array of humanitarian community in the DPRK, we stand ready to respond to emergencies whenever they occur," he said in the speech delivered through YouTube. "But any successful effort to improve food security in the DPRK is critically dependent on international cooperation, and international cooperation must also underpin the global community's engagement with the DPRK government."

The DPRK is the acronym of the North's official name, the Democratic People's Republic of Korea.

"I'm confident international cooperation is the key which can unlock a brighter future for the children of the DPRK. This is our chance to create the better world we all want to see," he noted. 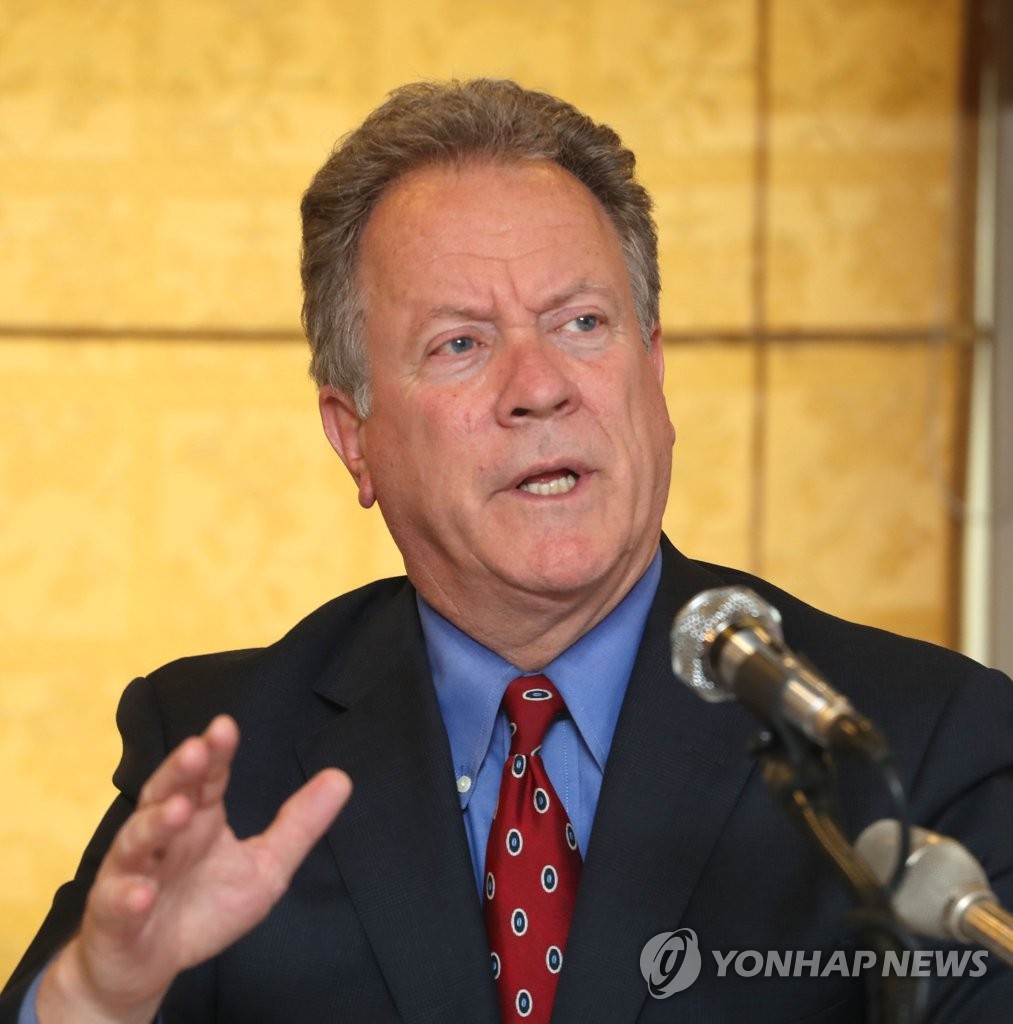 North Korea has maintained border closures since earlier this year while enforcing stricter quarantine criteria on people and goods as part of efforts to stave off an outbreak of the coronavirus. Such restrictions are making it hard for international aid agencies to get help into the country.

The WFP, a U.N. agency, has run its offices in Pyongyang and other areas since 1995 to carry out projects to ease the country's chronic food shortage and malnutrition problems among hunger-stricken children.

"The U.N. staff, even at reduced levels, are among the only left in the DPRK now. Their continued presence is critical not only for the delivery of assistance but for engagement with the DPRK government," Beasley said.

On top of the challenges caused by the pandemic, he is worried that the WFP is facing a long-term significant obstacle caused by a fund shortage, which he said has forced the organization to reduce its operation in the country over the past decade.

"Earlier this decade, the WFP had five offices out of Pyongyang with international staff, and direct access to 115 counties where we provided assistance. Today, its funds have fallen, and we've been forced to halve our operation areas and close all our office outside Pyongyang," he said.

Beasley, in particular, lauded South Korea's active contribution to humanitarian assistance and hoped other nations would follow suit in providing necessary funds to carry out assistance projects in North Korea.

"In just one generation, your nation went from a recipient to a donor. Today, the ROK is the WFP's largest government supporter around world," he said, using the acronym of South Korea's official name, the Republic of Korea.

"I hope your nation story inspires the wider international community to fund humanitarian programs which are still desperately needed in the Korean Peninsula," he said.