SEOUL, Sept. 8 (Yonhap) -- The Cabinet on Tuesday approved a plan to elevate the status of the Korea Centers for Disease Control and Prevention (KCDC) to enhance the nation's capability to deal with infectious diseases.

The KCDC, currently affiliated with the Ministry of Health and Welfare, is at the vanguard of combating the COVID-19 pandemic.

The center will be reorganized as a separate administrative body named the Korea Disease Control and Prevention Agency (KDCA), starting Saturday, the Ministry of the Interior and Safety said.

The new agency, headed by a vice-ministerial official, will have a mandate to plan and implement policies against communicable diseases while handling its own budget and personnel matters.

Later in the day, President Moon Jae-in named Jeong Eun-kyeong, the KCDC director widely credited with the nation's successful response to the new coronavirus, as inaugural head of the KDCA.

Moon praised the planned launch of the KDCA as "epoch-making progress in our infectious disease response system."

Presiding over the Cabinet meeting, he stressed the KCDC is playing a pivotal role in fighting COVID-19 and has set an example for the international community.

Its rebirth was made possible by public trust in its performance as the national control tower in curbing the outbreak, he added.

Its staff will be increased 42 percent to 1,476 -- 438 at its headquarters, located in the central city of Cheongju, and 1,038 in affiliated organizations. 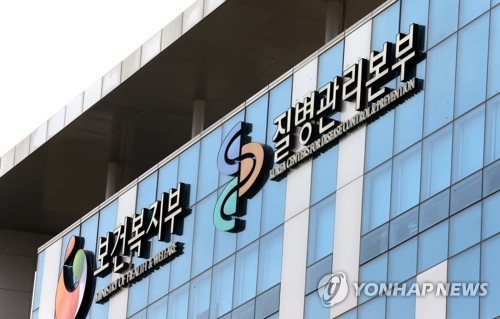 To enhance local disease control capabilities and coordinate efforts across the country, the KDCA will run five regional centers in Seoul, Busan, Daegu, Gwangju and Daejeon, and a branch office on Jeju Island. They will have a total staff of 155.

"The reorganization is aimed at thoroughly preparing for infectious disease crises and drastically increasing the disease control capabilities of the state and local administrations," Interior Minister Chin Young said in a press release.

A related revision to the Government Organization Act was passed by the National Assembly on Aug. 4.

The Cabinet also approved a plan to create a second vice minister position for health care and medical affairs in the Ministry of Health and Welfare.

The existing first vice minister is in charge of welfare issues, as well as the planning and coordination of ministry affairs.

President Moon promoted Kang Do-tae, the chief of planning and coordination of the ministry, to second vice minister.
(END)