Across the Han River parks, 28 stores and seven cafes will end at 9 p.m. every day. Forty-three parking lots at 11 Han River parks will also deny entry from 9 p.m. to 2 a.m. 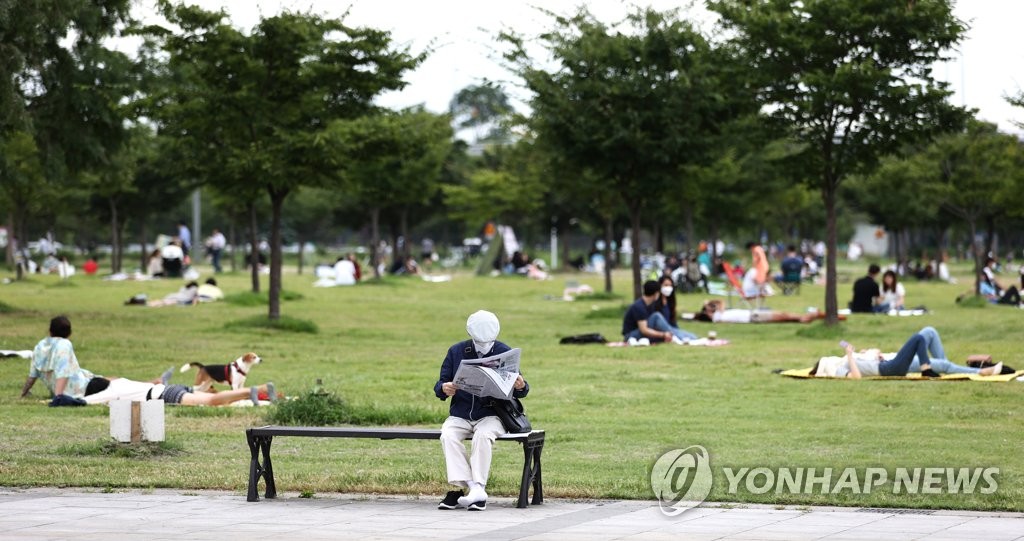 The measure follows a resurgence in COVID-19 cases in the capital area, which has led to stricter social distancing guidelines and caused people to flock to the parks.

Under the Level 2.5 guidelines, restaurants and smaller eateries can operate until 9 p.m., and only takeout and delivery are permitted from 9 p.m. to 5 a.m.

For franchise coffee chains, bakeries and ice cream parlors, only takeout and delivery are allowed.

"Even outdoor spaces are not free from the risk of infection," Shin Yong-mok, head of the city government's department in charge of the riverside parks, said during a press briefing. "We came up with measures to respond to the surge in visitors following the implementation of Level 2.5 guidelines."

According to Shin, nearly half of all visitors to the parks went to the three parks designated for restricted access.

He also said the number of visitors to the Han River parks increased up to 40 percent from last year, with especially large crowds seen last weekend.

"The aim of this measure is to reduce the number of visitors, as well as the eating and drinking activities that fail to meet social distancing guidelines," he said.

The new measures will remain in effect until the end of the city's latest campaign to slow the spread of COVID-19, dubbed "Pause 10 million citizens week." The campaign was supposed to end Sunday but was extended for another week.

Shin called on citizens to refrain from gathering at Han River parks during the campaign period and to instead spend time with family at home on weekends.

"We ask that citizens refrain from meeting, drinking and eating at Han River parks for now to ensure that everyone can be safe at the parks," he said.

The city plans to step up nighttime patrols at the parks to urge visitors to refrain from eating and drinking after 9 p.m. It will also continue its campaign to encourage citizens to stay 2 meters apart and wear masks. 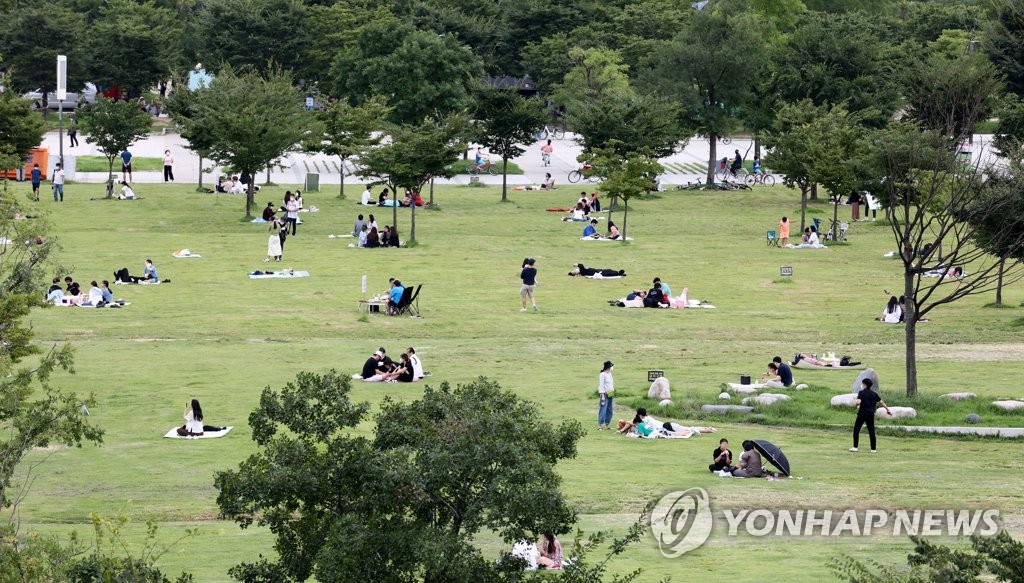 Health authorities said they have not found any cases of COVID-19 resulting from the crowds at Han River parks but called on people to continue wearing masks.

"As of now there are no confirmed cases of infection or spread of infection at the Han River parks," Kwon Jun-wook, deputy chief at the Central Disease Control Headquarters, said during a press briefing.

"We recommend that people wear masks inside convenience stores and other indoor facilities at the parks, and even outdoors where social distancing is difficult," he said.

Early this month, a COVID-19 patient was found to have visited a convenience store near the Ttukseom Park without properly wearing a mask, prompting authorities to trace all those that came into contact with the patient.