SEOUL, Sept. 8 (Yonhap) -- A Protestant church blamed for a recent spike in coronavirus infections in the country threatened Tuesday to file a lawsuit against the Moon Jae-in administration over what it called harm to the public done by "COVID-19 fraud."

The announcement by Sarang Jeil Church came one day after its controversial pastor Jun Kwang-hoon was put in custody again after his bail was canceled for attending last month's anti-government protests in violation of his terms of release.

The rallies in central Seoul led to 539 new cases of coronavirus, while a total of 1,167 cases have been traced to the church, according to the Korea Centers for Disease Control and Prevention.

"The court's decision to cancel his bail proves that South Korea is severely impaired," lawyers for the church said in a news conference at the church.

They accused President Moon of passing the responsibility for the resurgence of COVID-19 to the pastor while exaggerating the church's contribution to the spread of the virus.

"The government is suppressing freedom and Christianity with the COVID-19 fraud," they said. They argued that the government inflicted damage on the public by excessive use of authority under the name of virus control, including a demand that the church submit the full list of its members. 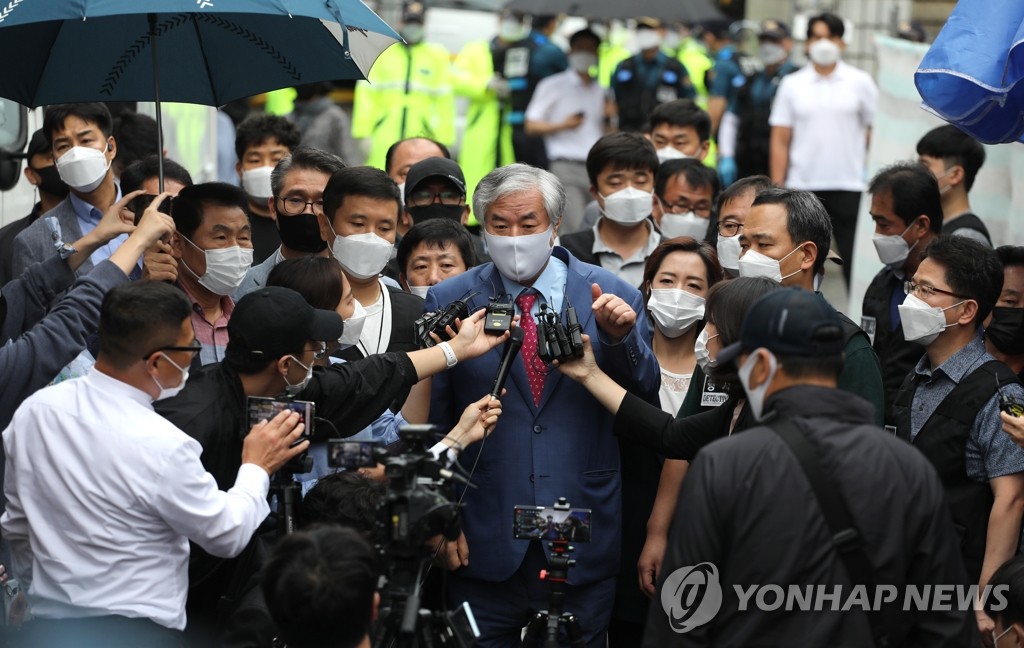