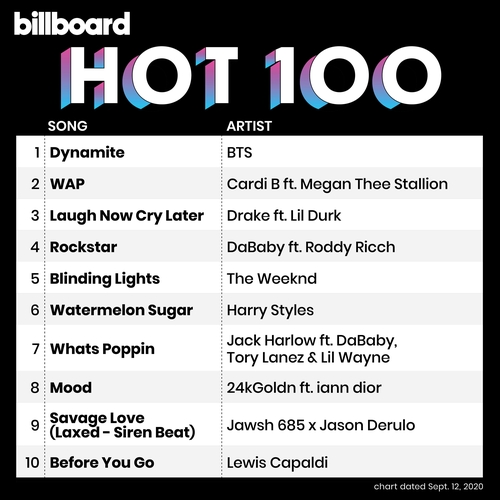 Along with the original disco-pop track released Aug. 21, BTS has dropped a total of five versions of "Dynamite," including acoustic and electronic dance remix versions.

After the announcement, BTS posted a 14-second video on its Twitter, showing the seven members screaming and shouting in celebration of their performance on the most influential pop chart in the world.

"Teamwork makes the dream work!" the septet tweeted, expressing thanks to their fans for helping them achieve the feat.

They will perform "Dynamite" on the City Music Series on NBC's "Today" show Thursday and on "America's Got Talent" on the same network next Wednesday.

At the same time, BLACKPINK's new single "Ice Cream" made its Billboard Hot 100 debut at No. 13 for this week, the highest position ever by a K-pop girl group. 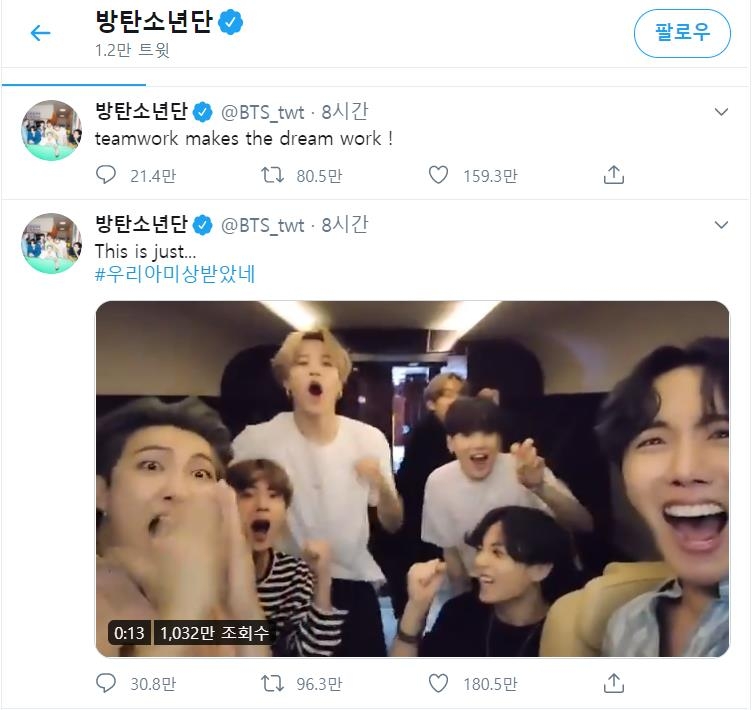