SEJONG, Sept. 9 (Yonhap) -- South Korea lost about 274,000 jobs in August, marking a decline in the number of the employed for the sixth consecutive month, as the coronavirus pandemic hammered job markets, data showed Wednesday.

The country's jobless rate rose by 0.1 percentage point on-year to 3.1 percent in August, with the number of employed people falling to 27.08 million, according to the data compiled by Statistics Korea.

The employment rate for those aged between 15 and 64 reached 60.4 percent, down 1 percentage point on-year. 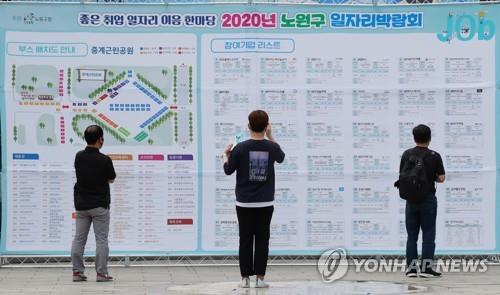 Job losses extend into August amid pandemic, unemployment rate up to 3.1 pct

Job losses extend into August amid pandemic, unemployment rate up to 3.1 pct