SEJONG, Sept. 9 (Yonhap) -- South Korea will draw up the fourth extra budget this week to give emergency handouts to low-income people and small merchants hit by a recent resurgence of the new coronavirus, Finance Minister Hong Nam-ki said Wednesday.

The fourth extra budget will focus on providing relief funds to vulnerable people, Hong said in a Facebook post.

Hong stopped short of saying how much the fourth extra budget would be, but ministry officials have said the budget may be worth at least 7 trillion won (US$5.9 billion).

It would mark the first time in 59 years for the South Korean government to allocate four extra budgets in a single fiscal year.

The move comes as the government and the ruling Democratic Party agreed to formulate the extra budget to provide "tailored" state support for those hit especially hard by the COVID-19 pandemic, including the unemployed, youths, freelancers, low-income people and merchants and the self-employed.

The anti-virus package is also expected to include steps to help virus-hit companies maintain workers on their payrolls and boost corporate hiring.

In May, the government offered relief funds totaling 14.3 trillion won to all households as part of efforts to cushion the economic fallout from the new coronavirus. 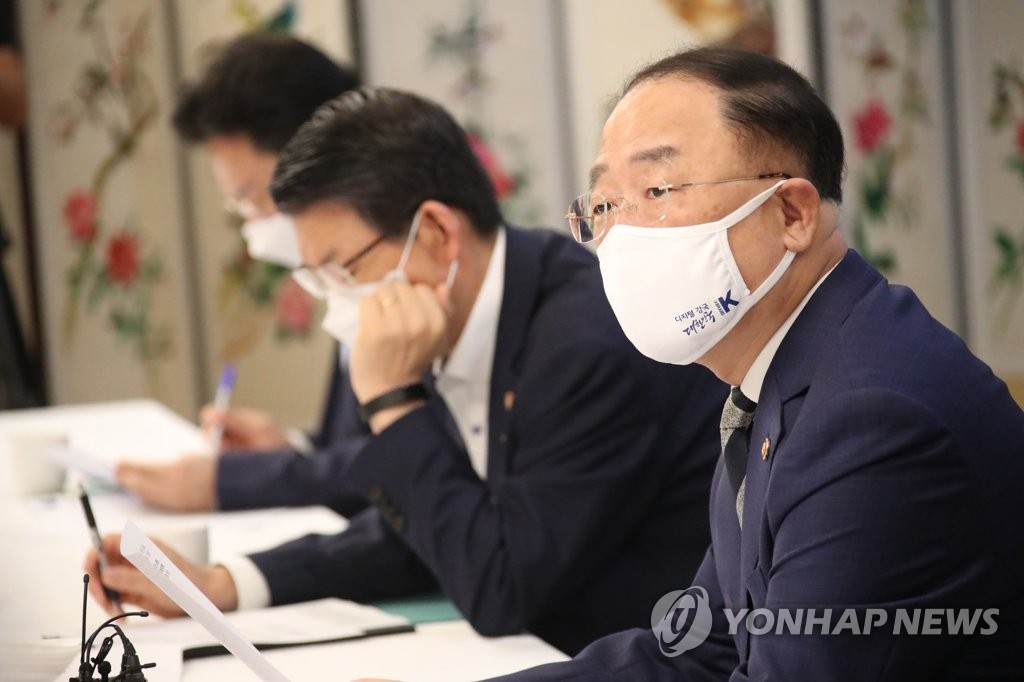 S. Korea to draw up 4th extra budget for virus relief this week

S. Korea to draw up 4th extra budget for virus relief this week