Putin also said the relations between the two countries have been of "friendly and good-neighborly nature traditionally" and the "constructive bilateral dialogue and beneficial cooperation" are in the interests of the two countries and contribute to promoting security and stability on the Korean Peninsula and in the region, it added.

North Korea appears to be marking this year's anniversary without holding any celebratory events, as the country has been struggling to recover from damage wrought by recent back-to-back typhoons.

Typhoon Bavi lashed one of its major rice-producing regions in the southwestern province of Hwanghae in late August before Maysak pounded the eastern provinces of Hamgyong and Kangwon last week. State media earlier reported that the typhoon caused dozens of causalities and damaged more than 1,000 houses.

Typhoon Haishen, the 10th tropical storm of the season, hit its eastern region again this week.

"We need to finish our recovery efforts from the flood as soon as possible and push ahead to help provide stability and greater happiness to those suffering from the disaster," the Rodong Sinmun, the official newspaper of the North's ruling party, said Wednesday.

The paper also said a division consisting of 12,000 party members in Pyongyang on Tuesday gathered in front of the Kumsusan Palace of the Sun, the mausoleum where the bodies of Kim's late grandfather and father are enshrined, and held a rally before heading to the typhoon-hit Hamgyong Province to help with recovery efforts.

It has been a tradition on national anniversaries for Kim to pay a visit to the mausoleum, but no such visits have been reported by state media yet.

The North usually holds larger events on every fifth or 10th anniversary, with a military parade featuring newly developed weapons.

No unusual military activities have been detected in the North, military sources in Seoul said.

"We are closely monitoring North Korean military movements. There have not been specific moves to be noted so far regarding the anniversary," a military officer said. 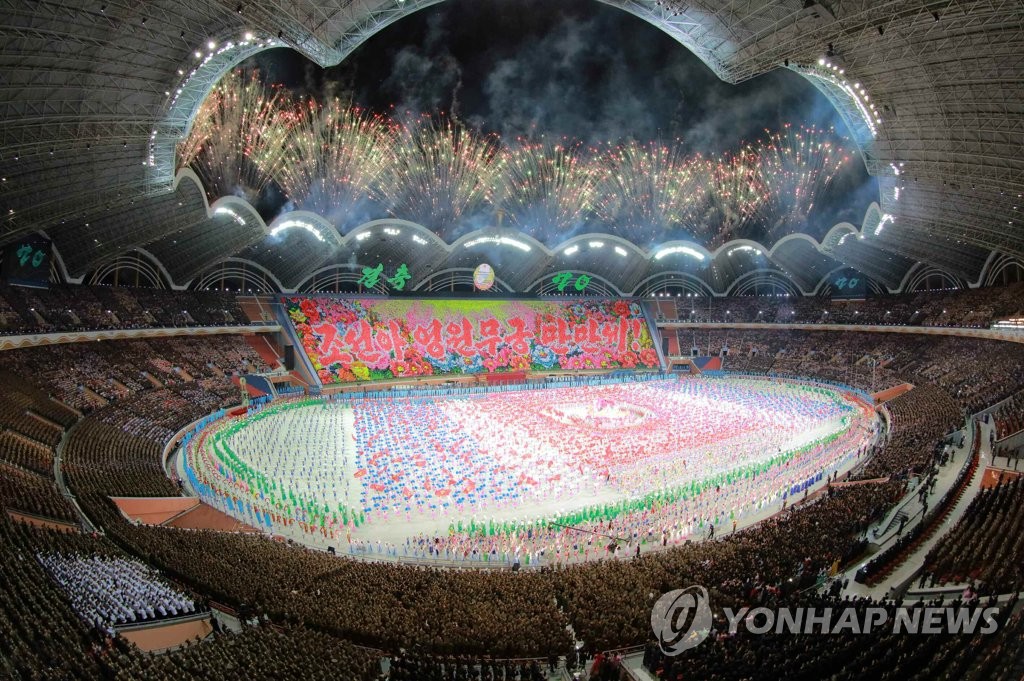