The 18th Korea-U.S. Integrated Defense Dialogue (KIDD) will take place Wednesday and Friday via teleconferencing due to COVID-19, the ministry said, adding that Deputy Defense Minister Chung Suk-hwan and David Helvey, U.S. assistant secretary of defense for Indo-Pacific affairs, will represent their countries.

"The two sides will share their assessment about the security situation on the Korean Peninsula, and discuss major bilateral issues, such as cooperation for the denuclearization of the Korean Peninsula, the establishment of a lasting peace, and conditions-based transition of the wartime operational control (OPCON)," the ministry said in a release.

North Korea has not taken major military actions in recent weeks amid internal challenges, such as the new coronavirus pandemic and damage caused by heavy downpours and typhoons.

But it has been working on a military parade to mark October's founding anniversary of the Workers' Party, which could be used to showcase new strategic weapons, such as an inter-continental ballistic missile (ICBM) and a submarine-launched ballistic missile (SLBM). 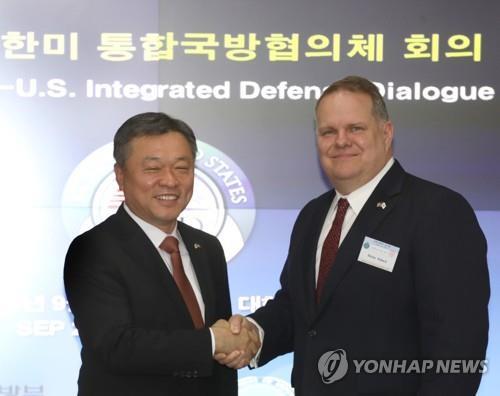 The two sides are also expected to discuss the OPCON transfer issue.

Though no specific deadline has been set, the current Moon Jae-in government has sought to retake the wartime operational control of South Korean troops from Washington before the president's term ends in May 2022.

But the two sides failed to fully carry out a Full Operational Capability (FOC) test designed to verify whether Seoul is on course to meet those conditions during the summertime combined exercise held last month.

"South Korea and the U.S. will continue consultations on how to verify South Korea's capabilities required for the OPCON transfer," a Seoul ministry official said, adding that the FOC test could be conducted again during the springtime exercise due next year.

Also drawing attention is whether the U.S. would officially raise the issue of having South Korea as a member of its envisioned security mechanism in the Indo-Pacific region, named "Quad Plus."

Washington has been pushing for expanding its NATO-like entity of Quad, which currently involves Japan, Australia and India, to include at least three additional countries -- South Korea, Vietnam and New Zealand -- in an apparent move to keep a rising China in check.

Launched in 2011, KIDD is a comprehensive defense meeting between Seoul and Washington that integrates a set of consultative mechanisms, such as the Extended Deterrence Policy Committee and the Security Policy Initiative. The forum usually meets twice a year. 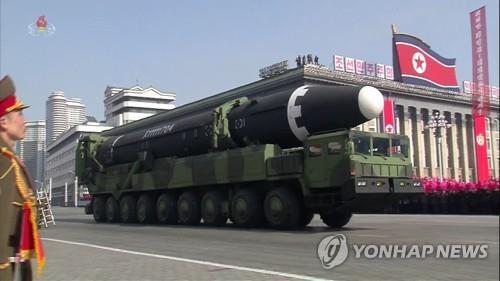