SEOUL, Sept. 9 (Yonhap) -- Korean Air Lines Co. said Wednesday it has begun to use two converted planes to transport cargo on routes to the United States in the latest move to offset a sharp decline in air travel demand amid the coronavirus pandemic.

The biggest carrier in South Korea has recently converted two B777-300ER jets into cargo planes after obtaining approval from the transport ministry.

"One of the two converted aircraft flew to the Rickenbacker International Airport in Ohio on Tuesday, and the other is scheduled to fly to the same airport on Thursday," a company spokesman said. 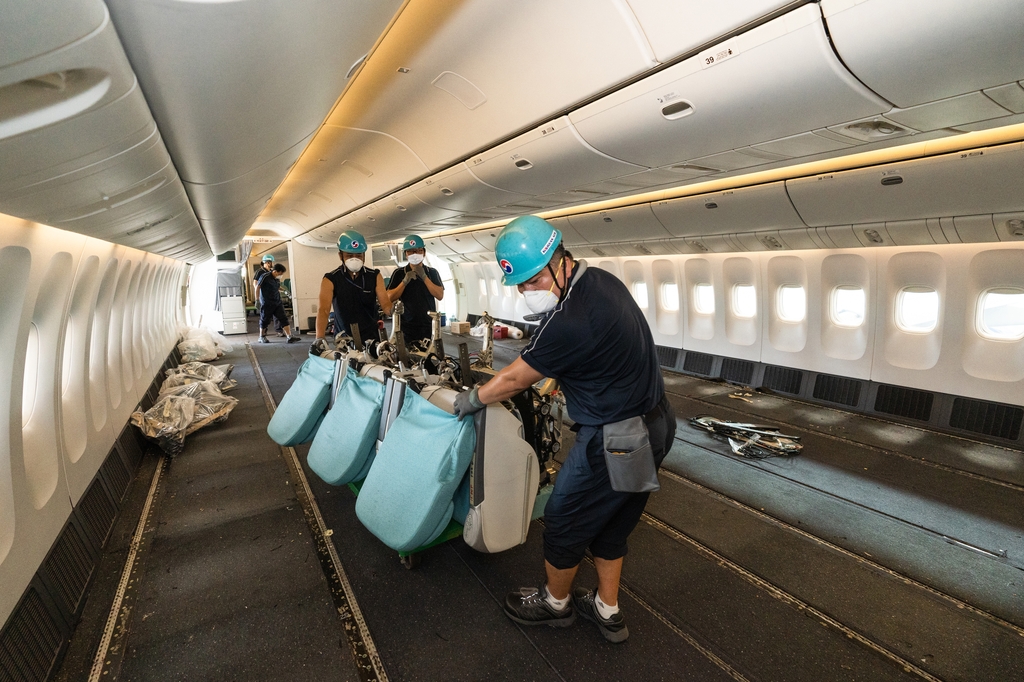 Korean Air said it may consider making another request to the ministry to convert additional passenger jets into cargo planes if cargo demand continues to rise amid the COVID-19 pandemic.

The government will review the request if there is an additional request from the national flag carrier for plane conversion, a ministry official said, adding safety should be guaranteed by manufacturer Boeing for the conversion.

The carrier expects its overall cargo volumes will increase by at least 10 tons to 34 tons after the conversion.