The new sanctions, which ban the supply of semiconductors made with U.S. equipment, software and design to Huawei without prior approval from Washington, are set to become effective next Tuesday.

Samsung Electronics, the world's top memory chip maker, SK hynix Inc. and most other global players will virtually stop shipments to the Chinese company next week, they said.

"I understand that Samsung Electronics will stop shipping chips to Huawei from next Tuesday, though there is a possibility of selling products after winning U.S. approval," an industry observer said. 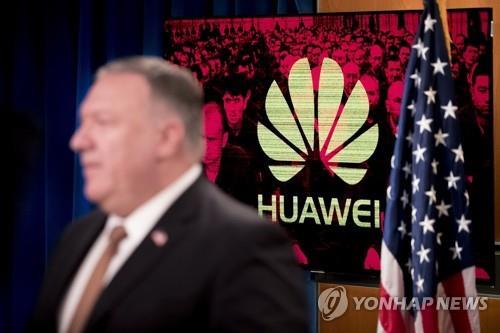 That is because U.S. technologies are used in almost all sectors of chip production from design software to production equipment, according to the sources.

Huawei is known as one of Samsung's top five customers. SK hynix reportedly depends on Huawei for some 10 percent of its sales.

The envisioned American sanctions are widely expected to have a negative impact on Samsung Electronics and other industry players over the short term, but they would unlikely have a great impact in the long haul, industry watchers said.

They further said Samsung Electronics could benefit from the U.S. move, as it may come as an opportunity to widen its gap with Huawei in the smartphone market and play catchup with the Chinese firm in the 5G sector.

The U.S. sanctions come as Washington has increasingly sought to ban the use of Chinese technology, citing national security concerns.
(END)