SEOUL, Sept. 9 (Yonhap) -- When South Korea was reeling from hundreds of new coronavirus cases in late February due to a mass outbreak tied to a religious sect in the southeastern city of Daegu, many citizens were glued to daily televised briefings by Jeong Eun-kyeong, the chief of the country's anti-disease agency, to feel secure against the pandemic.

Jeong delivered straightforward -- neither sanguine nor pessimistic -- wordings to explain what the pandemic was and what was going on. Her logical but plain approach toward the outbreak was impressive enough to earn trust from many people, a rare feat for a public servant here. 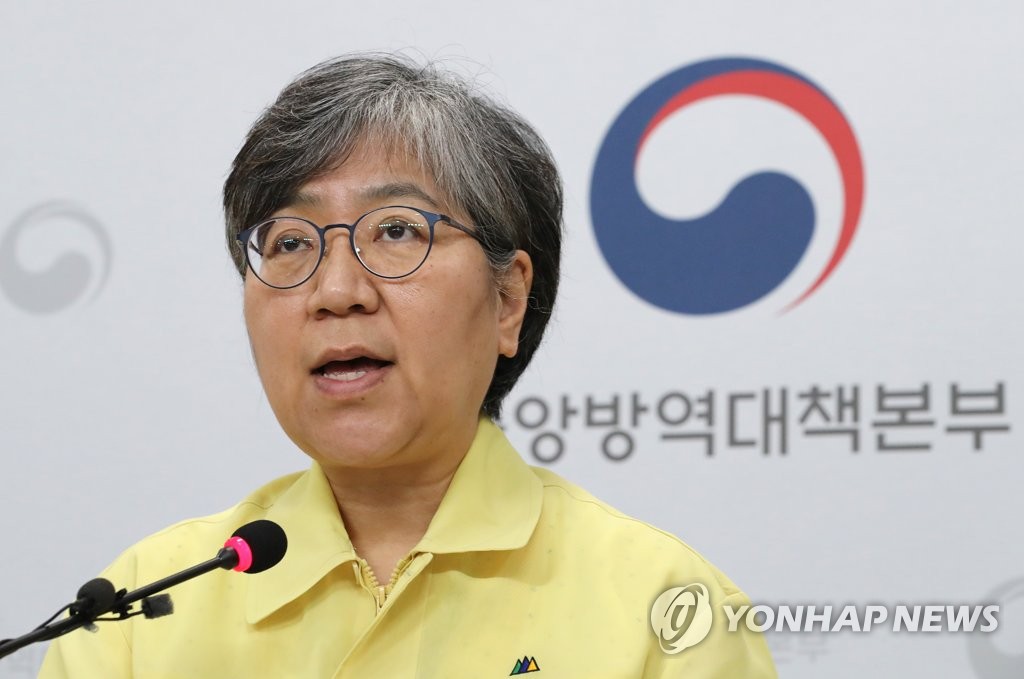 She reportedly cut her hair short to reduce the time it takes to wash. When a reporter voiced concerns about her health, citing rumors that she was sleeping for less than one hour a night, Jeong replied calmly, "I sleep for more than one hour."

The 55-year-old medical doctor became a national hero after the country successfully flattened the first wave of the pandemic on the back of quick tracing and massive testing of potential cases tied to Shincheonji.

The move brought the country's daily virus cases to fewer than 100 in mid-March from more than 900 at its peak.

Regardless of the ups and downs in daily virus cases, Jeong has continued to urge people to maintain sanitary measures and not to let down their guard against the virus.

"As I repeatedly said, there is no way to control the current wave of the outbreak other than reducing contact with others. I ask you to refrain from having meetings and keep social distancing so that we can tied over the crisis," Jeong said in a briefing on Aug. 30. 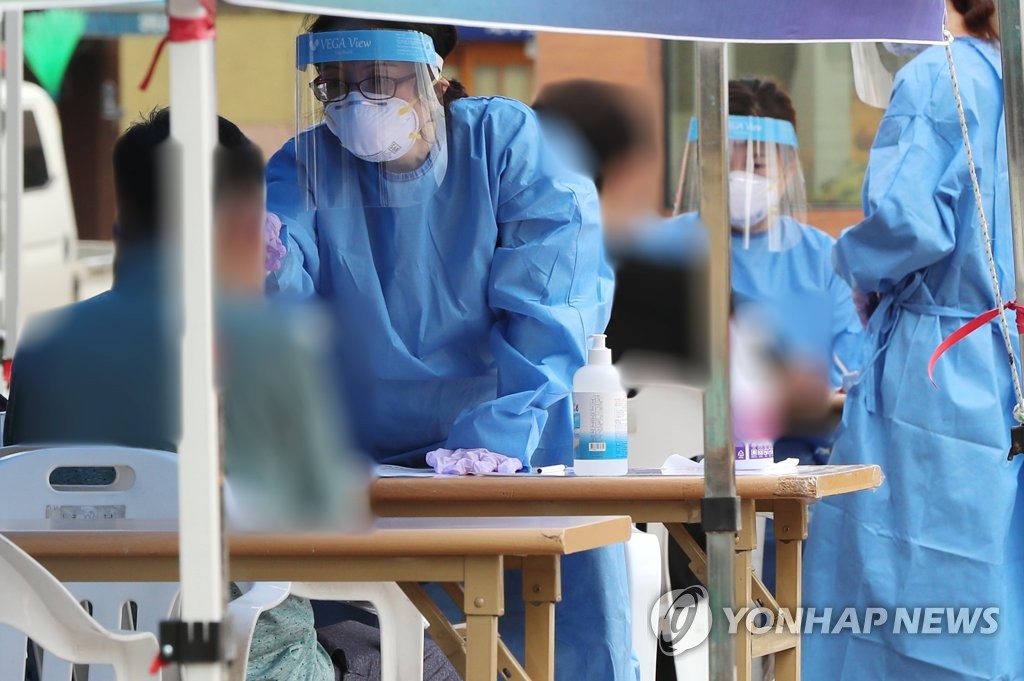 Credited with the hard-won gains in the country's virus fight, Jeong was tapped Tuesday to lead the Korea Disease Control and Prevention Agency (KDCA), an upgraded control tower overseeing the country's research on and response to epidemics.

The scaled-up and independent agency has more authority in planning and implementing policies against contagious diseases while handling its own budget and personnel affairs.

Jeong was appointed by President Moon Jae-in as the director of the Korea Centers for Disease Control and Prevention (KCDC) in 2017, becoming the first female chief of the agency.

Jeong, a graduate of Seoul National University College of Medicine, has worked in the public health sector, including the health ministry, for 25 years.

She was at the forefront in dealing with the Middle East Respiratory Syndrome (MERS) outbreak in 2015 here when she served as the head of the KCDC's infectious disease center.

But Jeong and seven other officials later received punishment for the country's failure to contain the respiratory disease. The MERS outbreak resulted in 38 deaths and 186 people testing positive for the virus in South Korea.

In 2015, Moon was briefed by Jeong on the country's response to MERS when he visited the agency as the head of the then main opposition party. 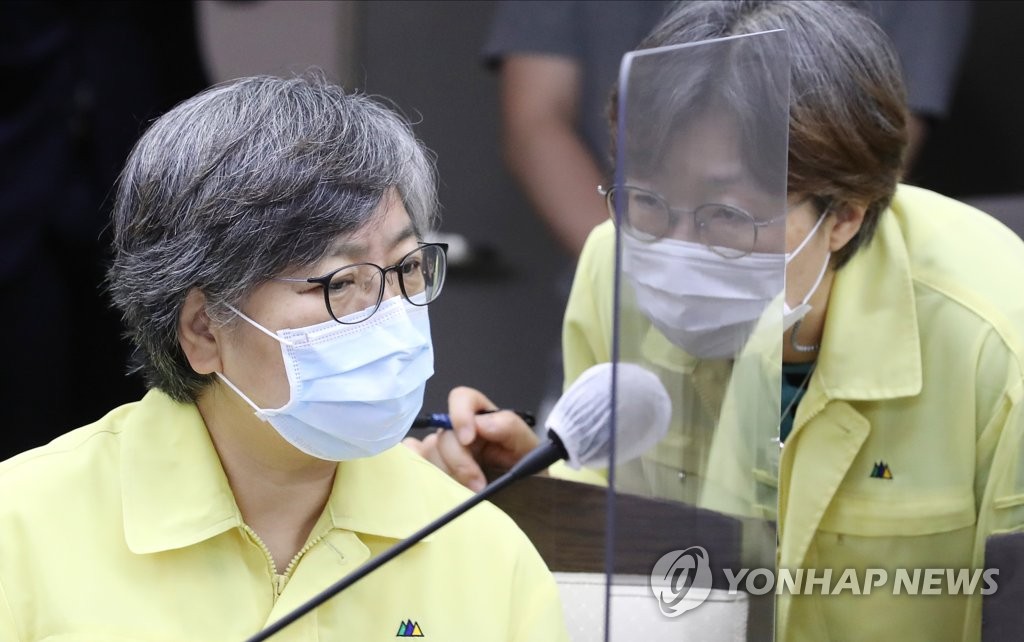 Her appointment as the first chief of the KDCA, set to be officially launched Saturday, may be a reward for her results in the virus fight, but she now has a tougher mission of helping the country avoid the risk of virus outbreaks veering out of control.

After daily infections were kept at double-digit numbers for months, the country's new virus cases have been in the triple digits since Aug. 14.

The greater Seoul area, home to half of the country's 51.6 million population, reported spiking virus cases amid concerns about another wave of the virus outbreak.

But the new virus cases have fallen below 200 on the back of stricter social distancing measures imposed in the capital region and at a nationwide level.

Despite the latest letups, Jeong has stayed focused.

"If we do not clearly bring the current phase of the outbreak under control, the number of virus patients could surge at an alarming rate at any time," Jeong said in a briefing last Friday.

"We surely need to break links of local transmissions via social distancing and contact tracing," she noted.

Health authorities remain alert over a potential rebound in COVID-19 cases in the autumn and winter.

A respiratory virus usually proliferates when the weather is cold and dry as its survival largely depends on changes in temperature and humidity. People are more susceptible to infection as their immune systems weaken in the winter.