SEOUL, Sept. 9 (Yonhap) -- Vice Foreign Minister Choi Jong-kun left for Washington on Wednesday for talks with his U.S. counterpart over joint efforts for peace on the Korean Peninsula and other bilateral alliance issues.

"We will check the pending issues that South Korea and the U.S. have had for the last three years, and the Korean Peninsula peace process, and exchange each other's views on how to proceed with them down the road," Choi told reporters at Incheon International Airport, west of Seoul, before departing.

"In that sense, the talks will serve as an important opportunity to stably manage the alliance and share each other's thoughts," he added. 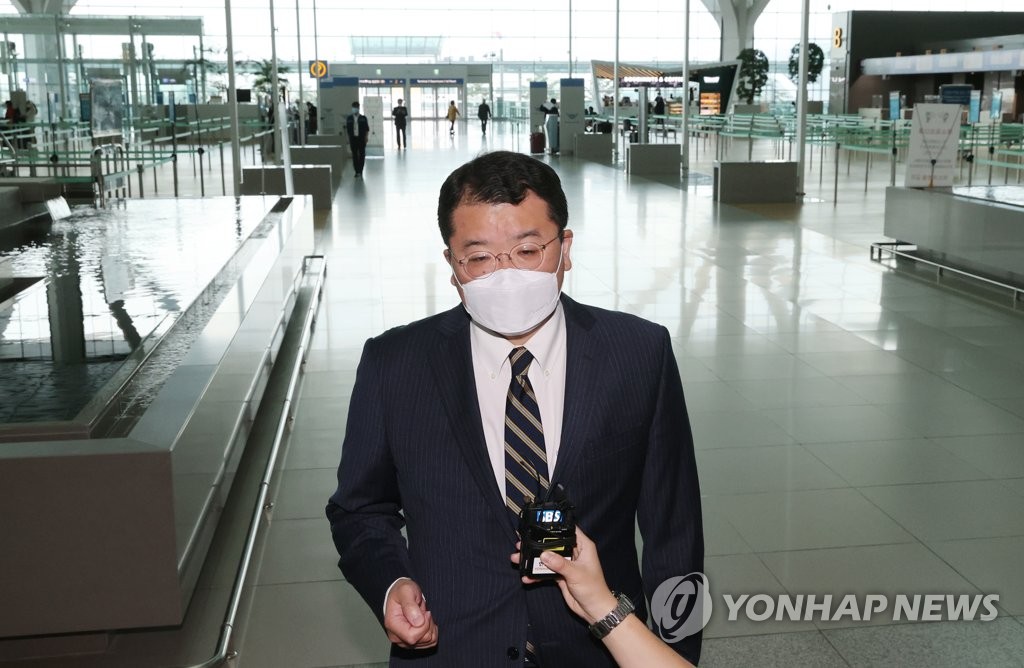 Asked to comment on the U.S.' apparent efforts to bring South Korea on its side amid its campaign to keep an increasingly assertive China in check, Choi said he will "calmly" take a look at the issue and communicate his thoughts with Biegun.

"There seems to be some difference between what we hear through the media and the reality," the vice minister said. "As Biegun is an interlocutor that we have always been communicating with from the beginning years of our administration, I believe this will be a good opportunity to have candid talks."

Their talks are also expected to include efforts to break an impasse in negotiations over the sharing of the cost for stationing 28,500 U.S. troops in South Korea and coordinate on inter-Korean economic cooperation and other alliance issues.

The two sides could also touch on a set of geopolitical issues, given that the U.S. has been trying to close ranks with its regional allies amid its intensifying rivalry with China on multiple fronts, including trade, technology and maritime security.