He noted the country and the people's livelihoods are in a "serious, grave" situation due to the recent resurgence of coronavirus infections.

"I think that cooperative politics has become more important than at any other time in the past," he said in his opening remarks, which pool reporters and cameras were allowed to cover. 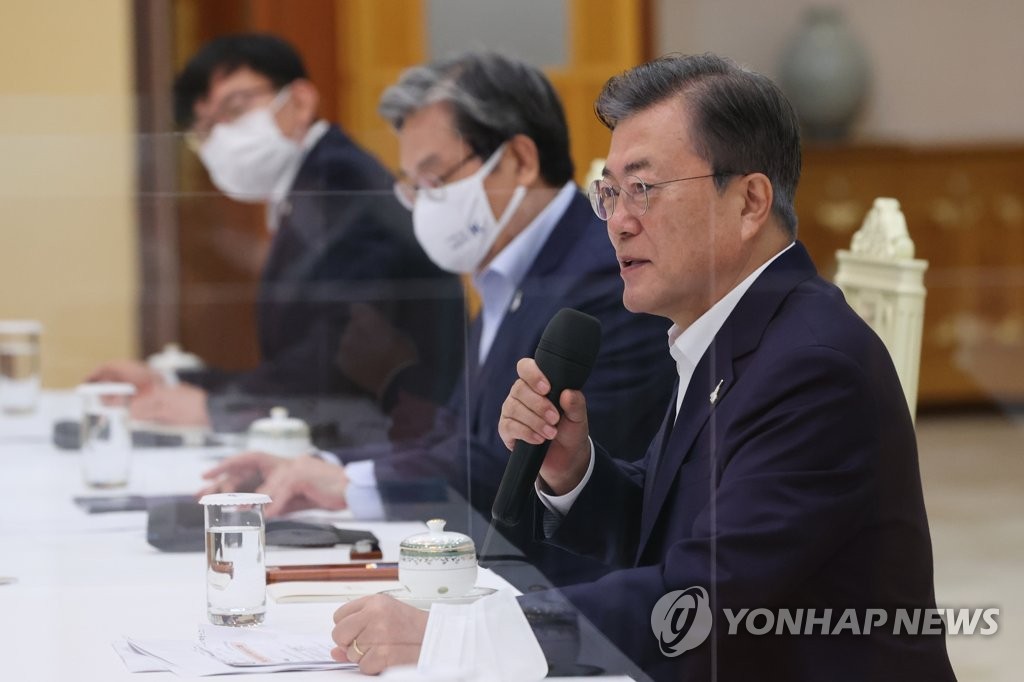 There has been no time like now when the people "desperately desire" the politics of cooperation between ruling and opposition parties, and also between the government and the National Assembly, Moon added.

He requested the DP with 176 seats of the 300-member parliament play a "catalyst" role for cooperation-based politics.

On the relationship between his administration and the party, Moon said it is so good that it can be considered to be "almost fantastic."

Moon revealed a plan to formally set the scale of the fourth supplementary budget during an emergency economic council meeting, slated for Thursday, along with details on relief money handouts for low-income people, small merchants and other vulnerable people.

Lee Nak-yon, newly elected head of the DP, asked the president to push for meetings with opposition party leaders in addition to the effort to resume the operation of the standing consultation council among the government and major political parties.

Among other attendees at the Cheong Wa Dae meeting were the DP's floor leader Kim Tae-nyeon; Park Kwang-on, secretary general of the party; and policy committee chief Han Jeoung-ae. 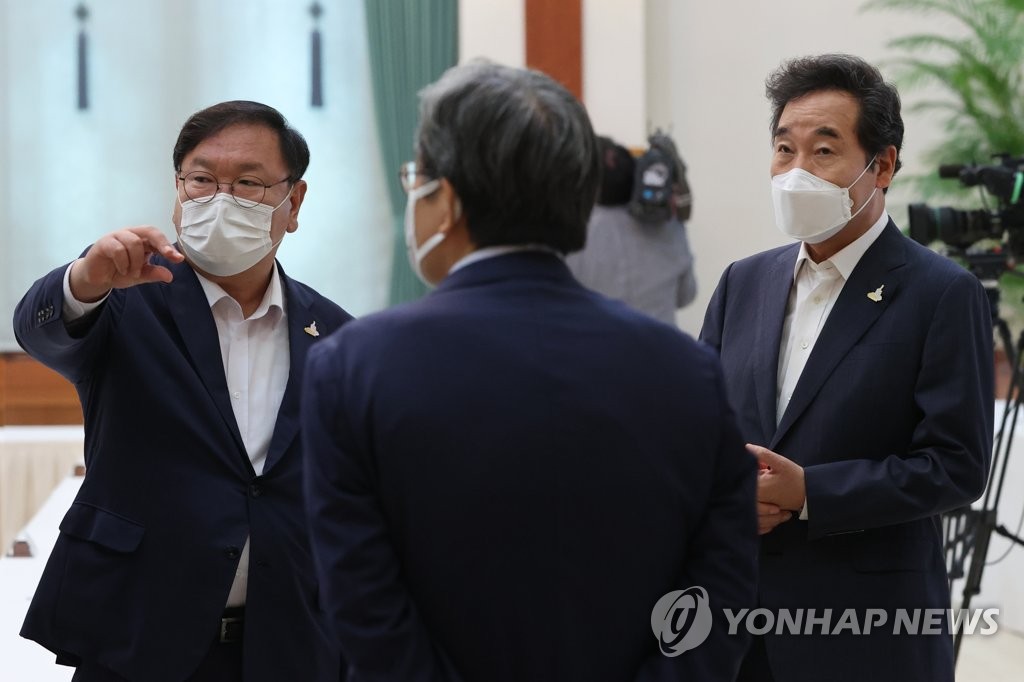