SEOUL, Sept. 9 (Yonhap) -- Most trainee doctors ended their strike and returned to work on Wednesday as the government expressed reservations about giving medical students another opportunity to take the state medical licensing exam.

A total of 616 out of 9,332, or 6.6 percent, interns and residents at general hospitals were off duty, according to the health ministry. The finding was based on an onsite inspection of 156 out of 200 training hospitals across the country.

The medical licensing exam began Tuesday, though about 90 percent of test-takers boycotted the state exam in protest of a controversial medical reform plan. The government had extended the deadline for the application for the exam twice. 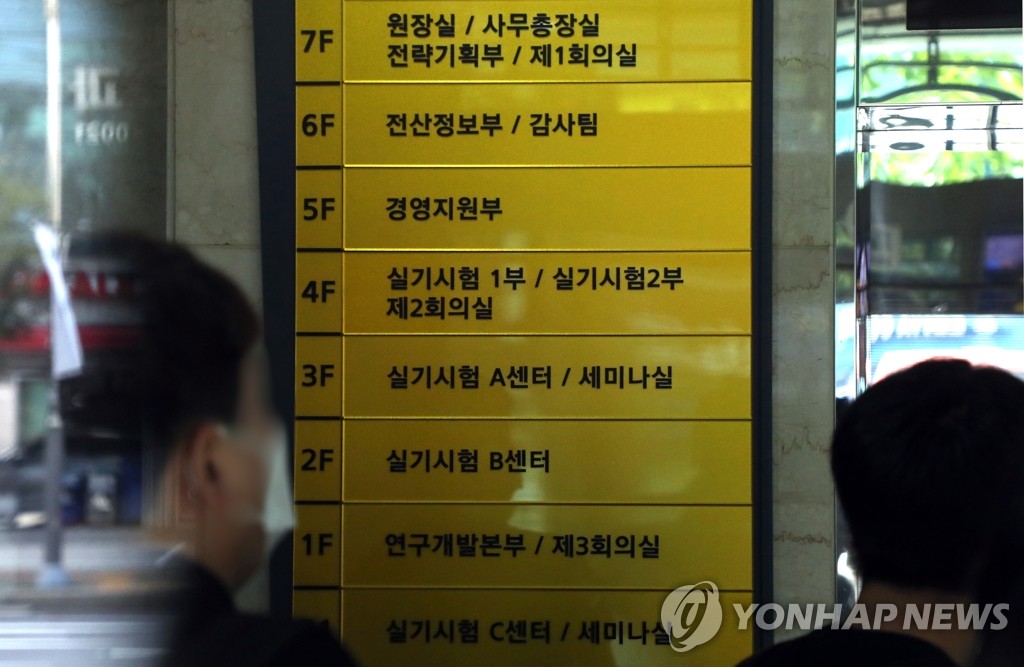 But the health ministry said there is little need to discuss an additional chance for the exam, citing there is no official stance from medical students that they are willing to take the exam.

"It is not an issue that the government can easily decide unless there is public consensus," health ministry spokesman Sohn Young-rae said in a briefing.

Still, he said he welcomed media reports that Seoul National University Medical School students are against the boycott of the state medical licensing exam.

The comments came a day after thousands of trainee doctors resumed work, ending their 18-day strike over a controversial medical reform plan.

Most of around 16,000 interns and residents at major general hospitals in the greater Seoul area, such as Seoul Asan Medical Center and Seoul Samsung Medical Center, returned to the hospitals Tuesday.

On Wednesday, about 300 trainee doctors returned to work to Chonnam National University Hospital in the southeastern city of Gwangju, according to the hospital.

The Korean Intern and Resident Association, which speaks for trainee doctors, has warned they can take tougher collective action if the government does not come up with further measures within two weeks to support medical students who did not apply for the test.

On Friday, the KMA agreed with the ruling party to end their nationwide strike after the government backed down and promised to put the medical reform plans on hold in a joint effort for the novel coronavirus pandemic.