SEOUL, Sept. 9 (Yonhap) -- The U.S. Forces Korea (USFK) on Wednesday released photos of the American flag replacing the Japanese flag at a colonial government building in Seoul during a 1945 surrender ceremony after the end of World War II.

The U.S. Navy photos, taken on Sept. 9, 1945, show American service members watching the Japanese flag going down before saluting as the U.S. flag goes up in front of a now-demolished building that Japan used as the office of its governor-general during the 1910-45 colonial rule of Korea.

Another photo shows a surrender ceremony inside the building.

In September 1945, U.S. troops entered the Korean Peninsula to disarm Japanese troops south of the 38th parallel, a line drawn by the U.S. and the then-Soviet Union, less than a month after Korea was liberated from colonial rule.

"The surrender ceremonies took place at the Government Building at Keijo in Seoul. During the ceremonies, Japanese flag was lowered and U.S. flag was raised," the Eighth Army said in its Facebook post.

Keijo was a name of Seoul used by Japanese colonial rulers. 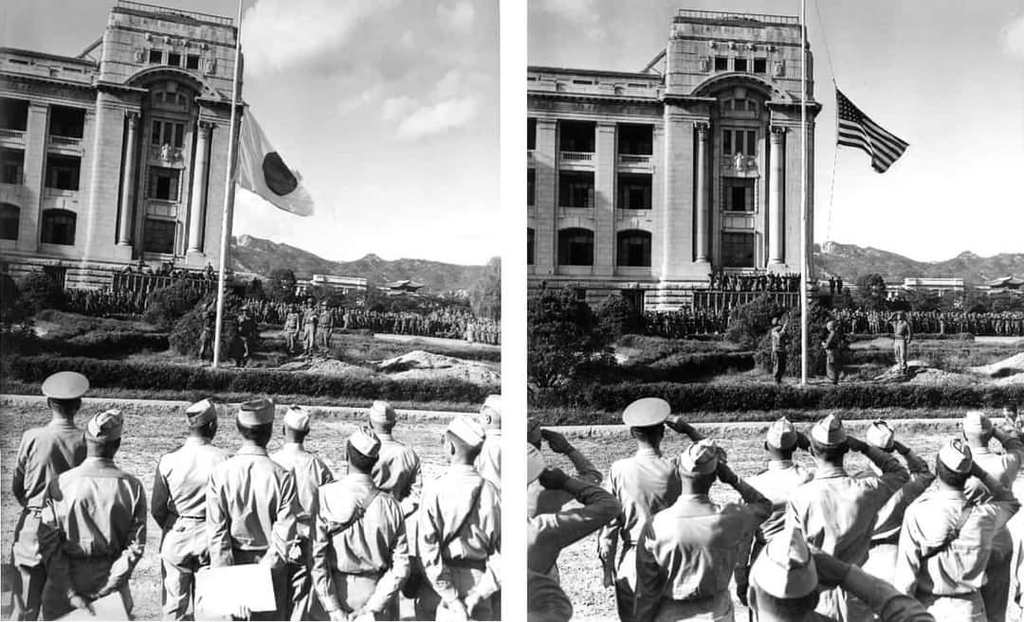 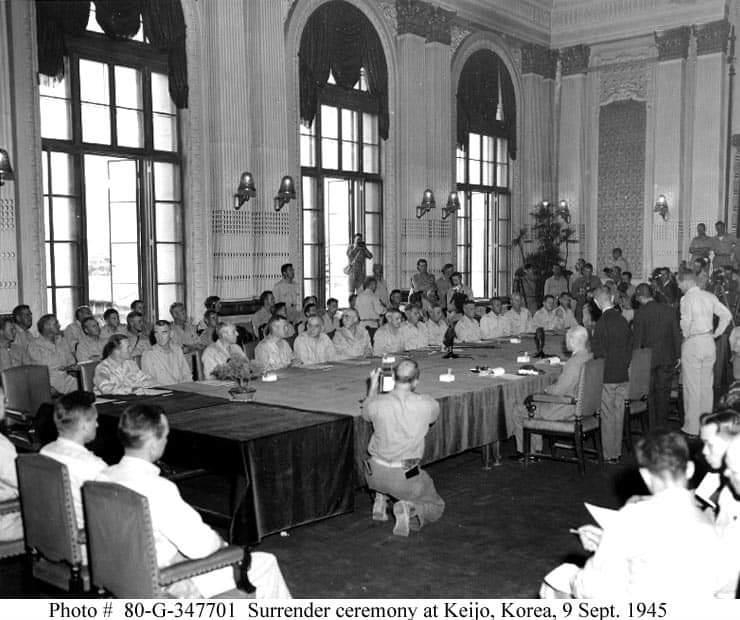