SEOUL, Sept. 9 (Yonhap) -- Beaches in the southern port city of Busan and along the east coast are covered with a huge amount of garbage and debris after the regions were hit hard by two powerful typhoons over the past week.

Local governments in the typhoon-hit regions said Wednesday they are mobilizing excavators and all other available means to clean up mountains of trash from the beaches but are hampered by a shortage of manpower and resources.

Environmental experts say the massive pileup of waste washed ashore by the storms should be seen as a warning from nature about the seriousness of marine garbage. 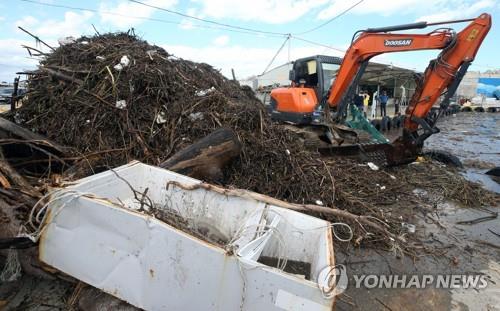 They say marine debris from rivers, land or ships usually floats in a large space before being transferred upon sandy beaches by typhoon-caused big waves.

Busan's Dadaepo Beach, a 2-kilometer-long scenic picnic spot located at the estuary of the Nakdong River, is so entirely filled with waste and debris after the city was battered by Typhoon Mayshak on Sept. 3 and Typhoon Haishen on Monday that sand can hardly be seen on the beach.

Civil servants say they are now working to collect the garbage with excavators, sort out recyclables and send reed debris to landfills, while forecasting that their cleanup efforts may last longer than two weeks.

"A massive amount of garbage and debris has drifted to the sea after upstream reservoirs and dams opened gates due to the onset of typhoons," a Busan government official said, estimating that about 2,500 tons of garbage, including reed debris, plastic bags, bottles and agricultural products, have washed up on Dadaepo Beach.

The government of Busan has also collected about 30 tons of trash, including cigarette butts, plastic bottles, styrofoam and wood chips, from Gwangalli Beach after the port city was hit by Typhoon Mayshak. 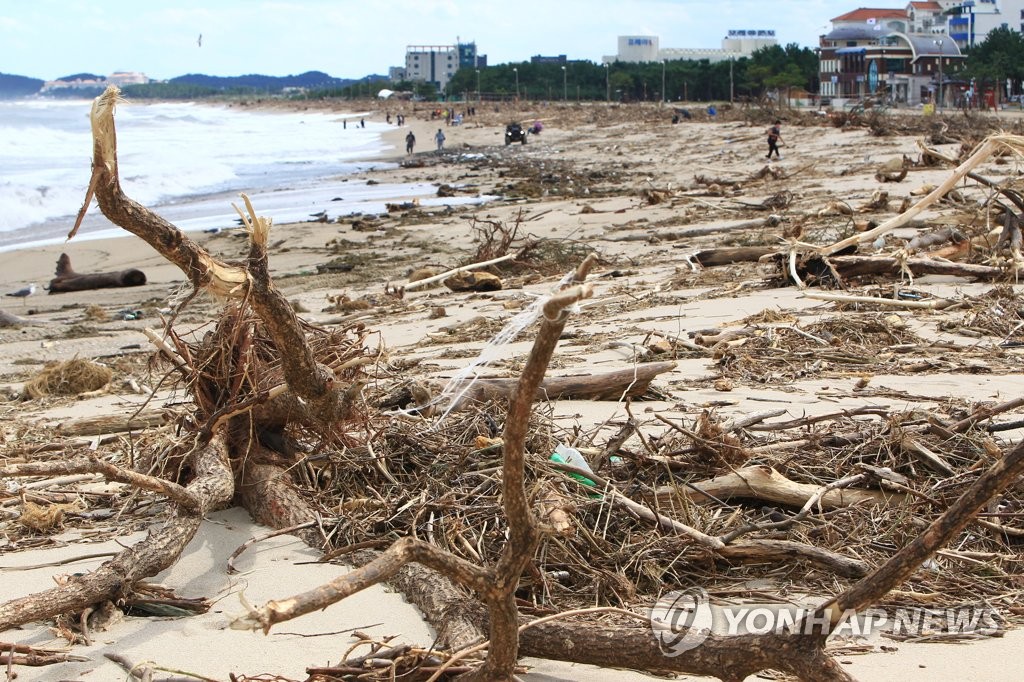 In Pohang, a North Gyeongsang Province city about 375 km southeast of Seoul, Yeongildae Beach was also covered with mountains of trash washed ashore by the typhoons.

The municipal government has mobilized senior public service workers, excavators and trucks to remove tons of garbage from the beach.

"We're trying to remove seaside garbage as immediately as possible because seaweed and other garbage will smell bad unless they are cleaned up in two to three days," said a Pohang City Hall official.

Residents living along the east coast in Gangwon Province are also struggling to remove tons of trash from their scenic beaches. 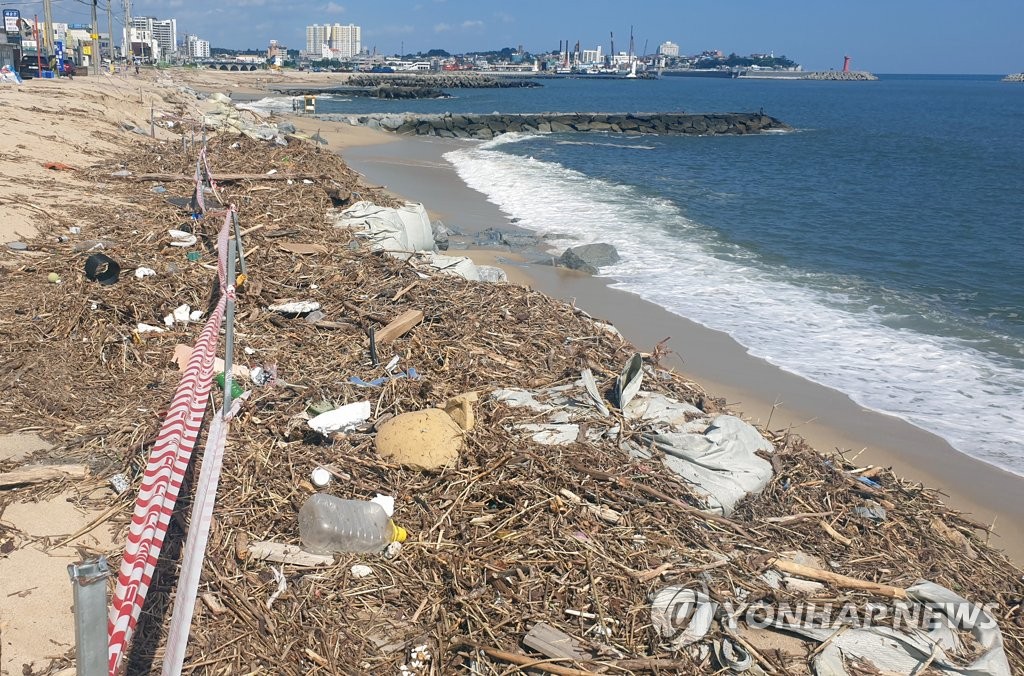 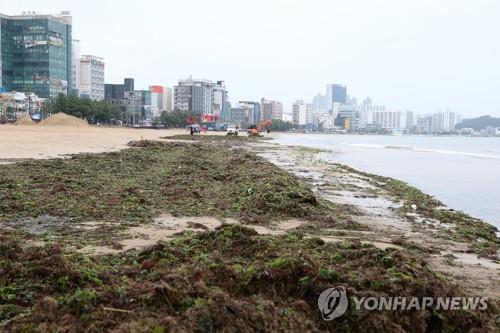 The situation was similar at nearby beaches, including Jeongam Beach, Seorak Beach and Mulchi Beach.

Such a large amount of trash has been floating in coastal waters in Gangwon Province that it is impossible for fishing vessels to dock at ports.

"The situation was not serious like this even in 2002 when the east coast was battered by the region's strongest-ever typhoon Rusa. I have never seen such a huge amount of trash in ports in my whole life," said a Naksan Port fisherman.

The county government of Yangyang estimated it may cost around 1.2 billion won (US$1 million) to remove about 5,000 tons of garbage from its beaches.

Typhoons leave behind mountains of trash on east coast beaches

Typhoons leave behind mountains of trash on east coast beaches