KCC Glass and Korea Autoglass Corp. said they will hold a general meeting of shareholders on Oct. 29 to get approval for the plan, with the actual tie-up to be completed by Dec. 1. The merger will make the combined entity a top player in the domestic glass industry.

KCC Glass, part of the larger construction-business focused KCC Group, controls half of the country's plate glass, which are used in various buildings and homes.

Korea Autoglass, already a subsidiary of KCC Glass, generates 90 percent of its sales from car safety glass. It works closely with carmakers such as Hyundai Motor Co., Kia Motors Corp., and GM Korea, as well as exporting its products abroad.

KCC Glass reported sales of 325.6 billion won (US$274.1) in the second quarter with its size to balloon to 529.5 after the takeover. Its operating profit is expected to reach 35.3 billion won from the current 10.4 billion won.

Korea Autoglass CEO Woo Jong-chul said that by solidifying the process of producing architectural and automotive glass under a single roof, the merger will bolster efficiency and strengthen overall competitiveness. He added that by working together, more effort can be made in research and development that can further lead to growth. 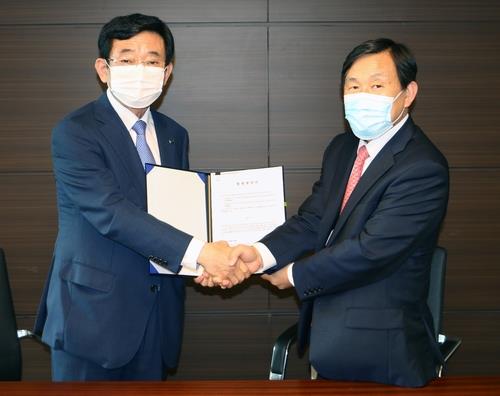 KCC Glass to merge with Korea Autoglass by end of 2020

KCC Glass to merge with Korea Autoglass by end of 2020