WASHINGTON, Sept. 9 (Yonhap) -- South Korea's alliance with the United States continues to provide the basis for its diplomacy and security while the country also relies on its close economic ties with China for development, South Korean Vice Foreign Minister Choi Jong-kun said Wednesday.

"We will first listen to what kind of vision and roadmap (the U.S.) has, and will offer our views if possible," Choi said when asked what he thought about U.S.' drive to launch and formalize what it calls a NATO-like collective structure in the Indo-Pacific as a counter to the rise of China.

The U.S. has also repeatedly extended its invitation for Seoul to join its Indo-Pacific initiative.

Seoul and many others remain reluctant, as participation in the U.S.-led initiative may be viewed as taking sides with the U.S. over China. 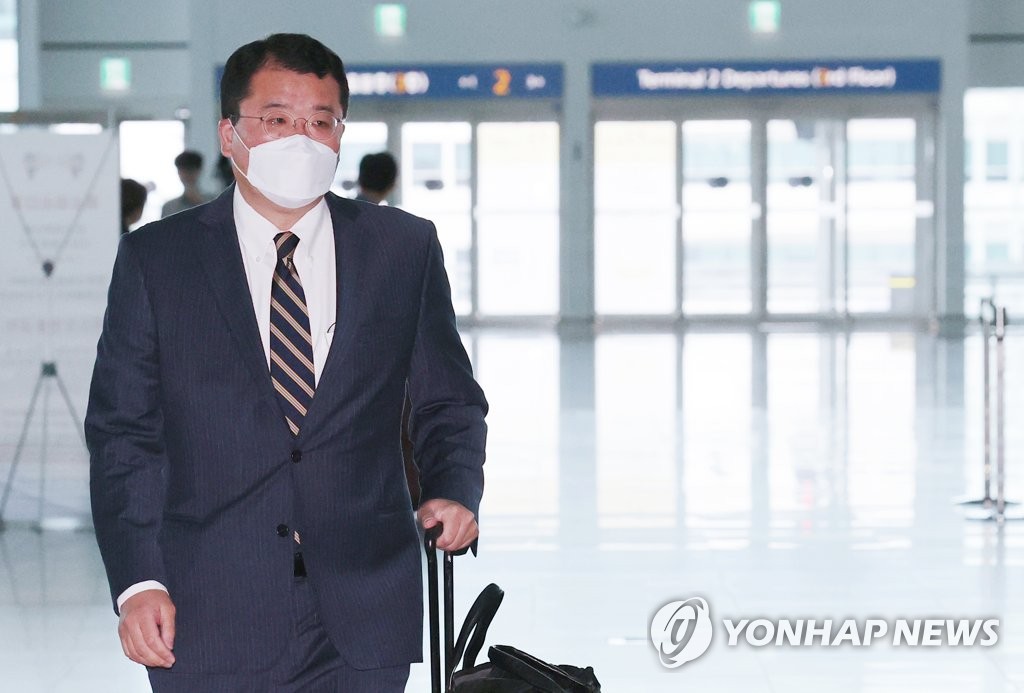 Choi insisted it would not mean picking a side, at least for his country.

"The Republic of Korea and the United States are allies," he said, referring to his country by its official name. "(Saying) it is an alliance means that it is the basis of our diplomacy, security. However, while we are a U.S. ally, we are very closely located to China and have very close relations economically at the same time."

His remark comes after South Korea's ambassador to the U.S., Lee Soo-hyuck, said South Korea must consider and balance its security and economic needs.

Choi's trip to the U.S. comes less than a month after he was appointed a vice foreign minister. He previously served as a secretary for peace planning at the National Security Office of the presidential office, Cheong Wa Dae.

He is scheduled to hold his first face-to-face meeting with his U.S. counterpart Stephen Biegun on Thursday.

"There are many issues that need to be addressed between South Korea and the U.S. because the COVID-19 pandemic is so serious," Choi told reporters after arriving at Washington's airport.

The former presidential secretary noted his talks with his U.S. counterpart may include North Korea, but said they will only be an extension of their long-existing communication.

Pyongyang has kept away from denuclearization talks with the U.S. since the second and latest summit between its leader, Kim Jong-un, and U.S. President Donald Trump, held February 2019, ended without a deal.

"Such areas will be a continuation of our communication that has always been held, rather than a new addition because of my trip here," said Choi. "It would be to share our views and conditions."

Regarding the stalled negotiations between the allies over Seoul's share of the cost to upkeep 28,500 U.S. troops in South Korea, the vice foreign minister said the issue too has been discussed continuously.

Seoul and Washington have held several rounds of defense cost-sharing negotiations since last year, but have yet to find a breakthrough amid what has been reported to be a U.S. demand for a 50 percent spike from US$870 million South Korea shouldered in 2019 under last year's agreement.