"This is a hard earned and well deserved honor for this president," White House spokeswoman Kayleigh McEnany said of Trump's nomination for the highly coveted prize.

"Career politicians merely talk about the kind of results this president has achieved on the world stage," she added. 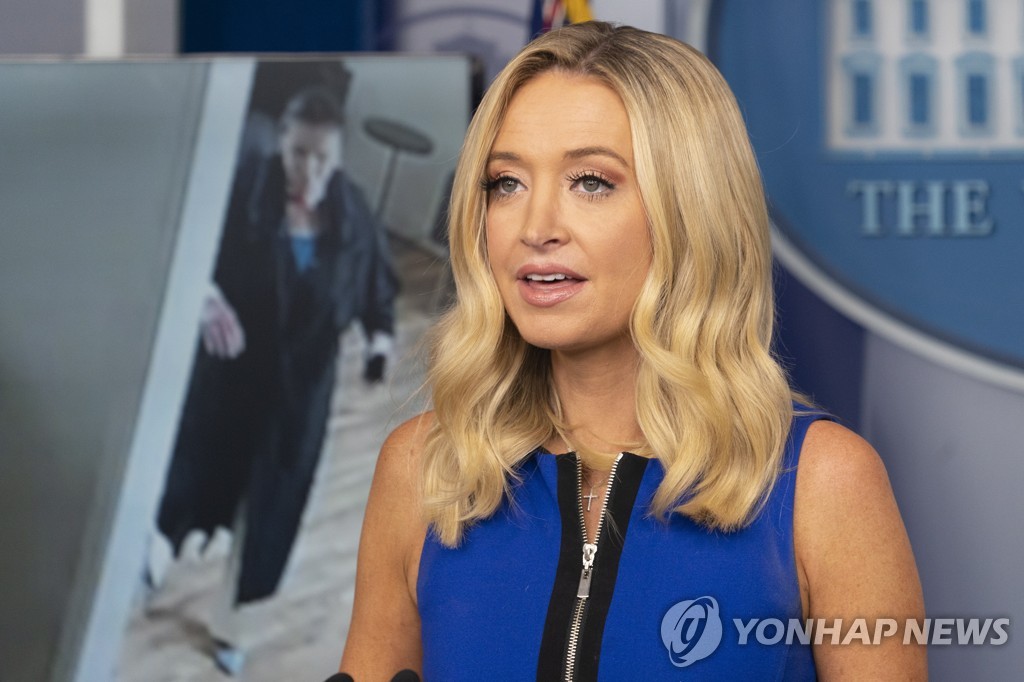 McEnany said Trump's achievements included ending the so-called Endless Wars in the Middle East, noting that the president and the Department of Defense announced a further drawdown of U.S. troops in Iraq from 5,200 to 3,000 on the day.

"We are getting our allies to pay their fair share. Now nine NATO countries are meeting their two percent spending obligations. We have secured better trade deals for the American worker. President Trump negotiated the USMCA, the U.S.-South Korea deal ended," she told the press conference, referring to the U.S.-Mexico-Canada Agreement that replaced the North American Free Trade Agreement or NAFTA.

The Korea-U.S. FTA initially went into effect in March 2012, but was revised in 2018 at the Trump administration's request.

The revised Korea-U.S. free trade pact went into effect at the start of last year, under which Seoul agreed to double the number of U.S. cars entering its market each year without having to meet its industrial regulations to 50,000.

Washington, on the other hand, was given a 20-year extension to impose 25 percent import tariffs on South Korean pickup trucks, until 2041.

"President Trump's foreign policy will always be one of peace through strength," the White House spokeswoman said.

Trump has frequently boasted the revision of the Korea-U.S. FTA as one of his achievements, claiming the initial deal had only created jobs for South Korea.

"For South Korea (it) produced 250,000. For us, we got nothing. No, we got losses. We got nothing. It was a terrible deal. I renegotiated. Now it's a good deal," Trump said earlier.