SEOUL, Sept. 10 (Yonhap) -- President Moon Jae-in's approval rating has dropped 2.4 percentage points, with a controversy snowballing over alleged influence peddling by Justice Minister Choo Mi-ae for her son in connection with his military service a few years ago, a poll showed Thursday.

In the Realmeter survey of 1,504 voters nationwide from Monday through Wednesday, 45.7 percent supported Moon, down 2.4 percentage points from a week earlier.

The portion of those who gave a negative assessment of his presidency rose for the second consecutive week to 49.5 percent. The margin of error is plus or minus 2.5 percentage points.

In particular, support for Moon among those in their 20s tumbled 5.7 percent to 33.3 percent, and the negative view of his leadership among male respondents jumped 6.0 percentage points to 54.8 percent. 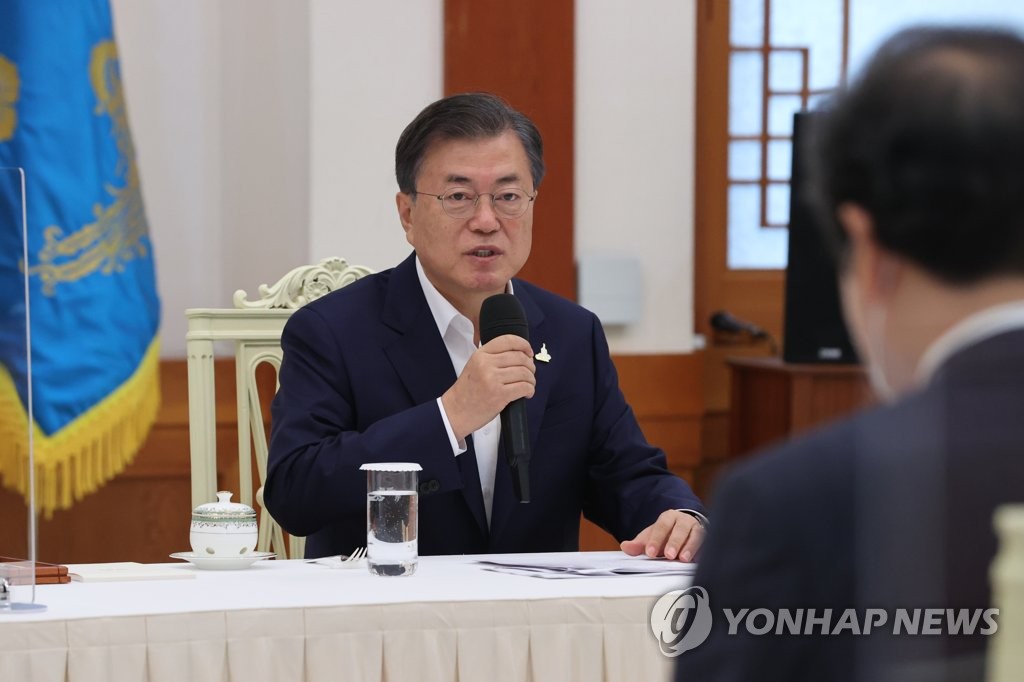 Realmeter cited a flood of media reports on suspicions that Choo's son had received special favors during his service in 2017 as a KATUSA soldier. KATUSA stands for Korean Augmentation to the United States. All able-bodied South Korean men are obliged to serve in the military for about two years. A small group of draftees are picked under a relevant conscription process to become KATUSA members.

He underwent knee surgeries before and after joining the military. He is alleged to have been granted unjust, or illicit, special perks for the use of sick leave thanks to the influence of Choo, who was head of the DP at that time. Choo and his son have flatly denied the allegations.

Many say the Choo scandal is a reminder of the Cho Kuk scandal that rocked the country about a year ago.

Choo's predecessor at the Ministry of Justice, Cho came under public criticism mainly over alleged preferential treatment his daughter had received in her schooling. Moon's approval rating plummeted to 41.4 percent in the second week of last October in the midst of a fierce backlash against his appointment of Cho as justice minister. 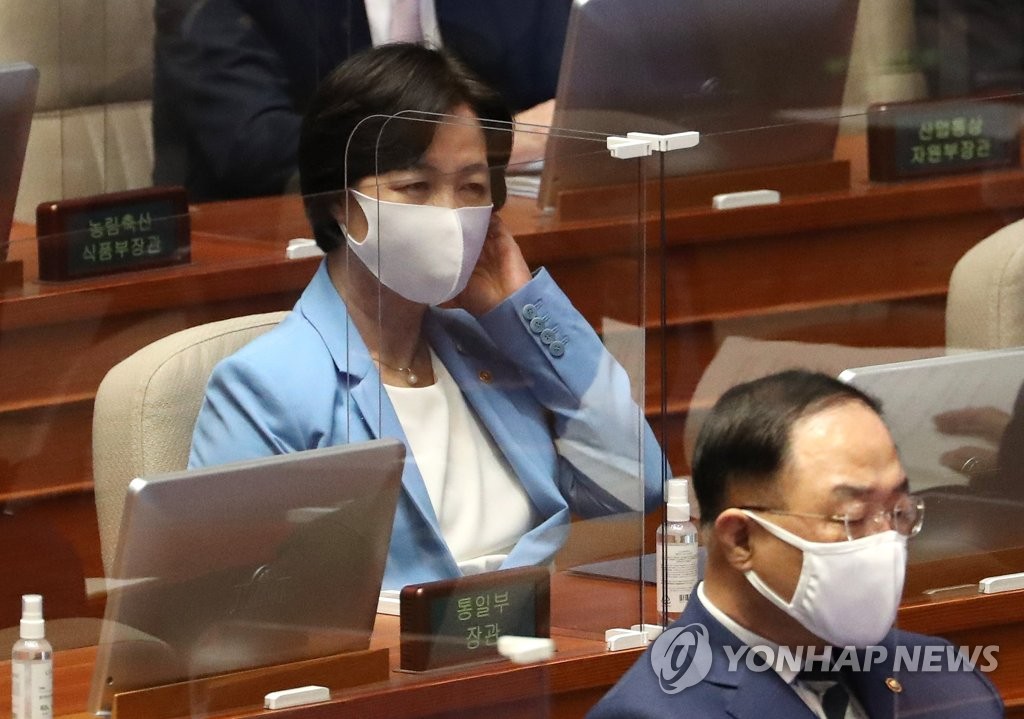 A DP lawmaker, Yoon Young-chan, has also drawn public ire since the revelation of his Telegram message widely seen as attempting to put pressure on a local internet portal, Daum, over its high-profile delivery of news on the main opposition party floor leader's parliamentary speech strongly condemning the president. Yoon worked as senior presidential secretary for public communication. Daum said its front-page news selection is based on a machine editing algorithm.

Enhancing fairness and justice is at the top of the Moon administration's stated policy goals.

Moon has not publicly mentioned the Choo scandal. Cheong Wa Dae aides have also refrained from commenting on the sensitive issue, pointing out that a relevant probe by state prosecutors is under way.

The ruling party won a landslide victory in the April 15 general elections on increased public support for the government's fight against the new coronavirus. Moon's approval rating then plunged again on the people's outrage over the real estate policy before bouncing back after the resurgence of cluster infections recently.