SEOUL, Sept. 10 (Yonhap) -- Justice Minister Choo Mi-ae and her husband asked the defense ministry in 2017 to extend medical leave for their son who was serving his mandatory military duty at the time, according to documents apparently written by the ministry.

According to the documents seen Wednesday and apparently written recently by the personnel office of the Ministry of National Defense, a then master sergeant in charge of the support team had two meetings with Choo's son regarding his medical leave. 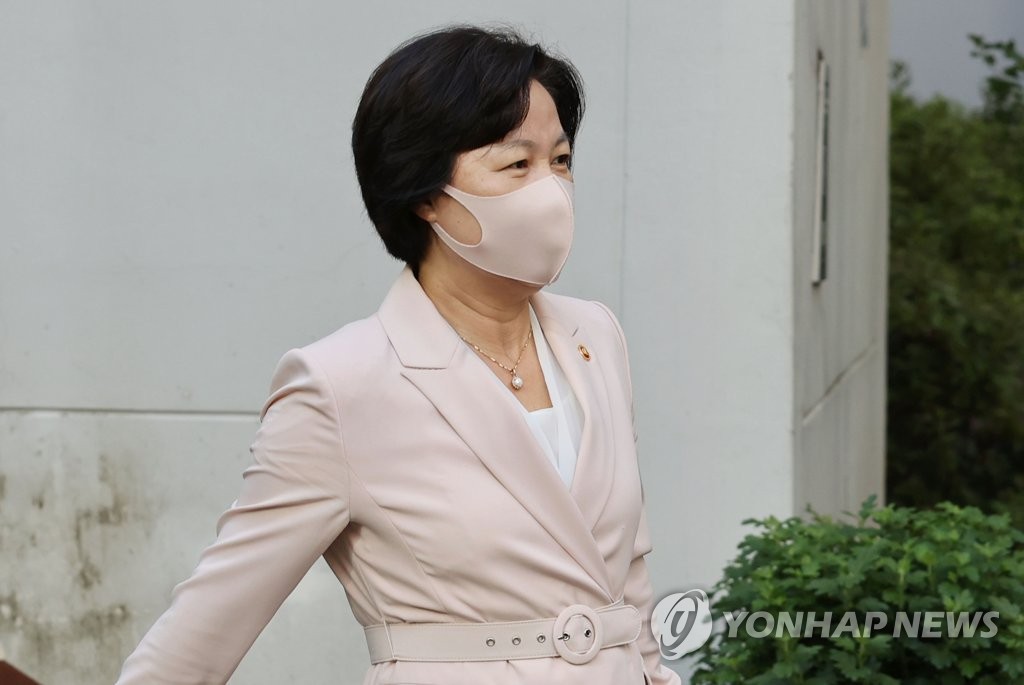 Choo has denied abusing her power to get special favors for her son.