SEOUL, Sept. 10 (Yonhap) -- North Korea is making all-out efforts to recover from typhoon damage in the country's eastern regions, state media said Thursday, in a move seen in part as aimed at solidifying internal unity ahead of the founding anniversary of its ruling party next month.

The North has been hit by three consecutive typhoons in recent weeks, with the latest one, Haishen, lashing the country's eastern regions Monday. Earlier, state media said that about 12,000 elite party members in Pyongyang headed to the typhoon-hit Hamgyong Province to help with recovery efforts.

The Rodong Sinmun, the official newspaper of the North's ruling party, carried commentary Thursday praising their recovery efforts as "a devoted struggle."

"We can only realize a country and a nation's depth of unity in the midst of severe adversity," the paper said.

It added that the division of elite party members arrived at the typhoon-hit areas Wednesday and went straight to restore damaged roads.

State media earlier said around 60,000 meters of roads were damaged, 59 bridges had collapsed, and over 3,500 meters of railway roadbeds were swept away in the Komdok area of South Hamgyong Province due to last week's Typhoon Maysak.

The division of party members was organized after leader Kim Jong-un on Saturday urged members in Pyongyang to take the lead in minimizing damage from the recent back-to-back storms in a rare public letter.

The paper said that in addition to the elite party members, many North Koreans across the country volunteered to help with recovery efforts in the area and praised it as an "incident that caused the whole nation to rise up in unity."

It also stressed that the country's internal unity is strengthening further under Kim's leadership amid natural disasters and efforts to contain the new coronavirus.

Kim ordered damaged homes and railways to be rebuilt by Oct. 10, the 75th party founding anniversary, during an enlarged meeting of the Central Military Commission of the ruling Workers' Party on Tuesday.

During the meeting, Kim also said that the direction of his five-year economic development plan will be changed due to unexpected damage by the recent typhoons. In a party meeting held last month, Kim acknowledged a failure in achieving intended goals of the plan due to tough internal and external challenges, saying a new scheme will be unveiled in January during a rare party congress.

On Wednesday, the North marked the 72nd anniversary of the country's founding without holding any celebratory events amid efforts to recover from the recent typhoon. The North usually holds larger events on every fifth or 10th anniversary.

"North Korea appears to be focusing on its internal affairs, including efforts to recover from typhoons and floods, amid challenges with antivirus measures and natural disasters," a unification ministry official said Thursday.

The North is set to commemorate the 75th anniversary of the Worker's Party next month amid a double whammy of coronavirus concerns and deepening economic woes, and fresh concerns over damage from recent back-to-back typhoons. 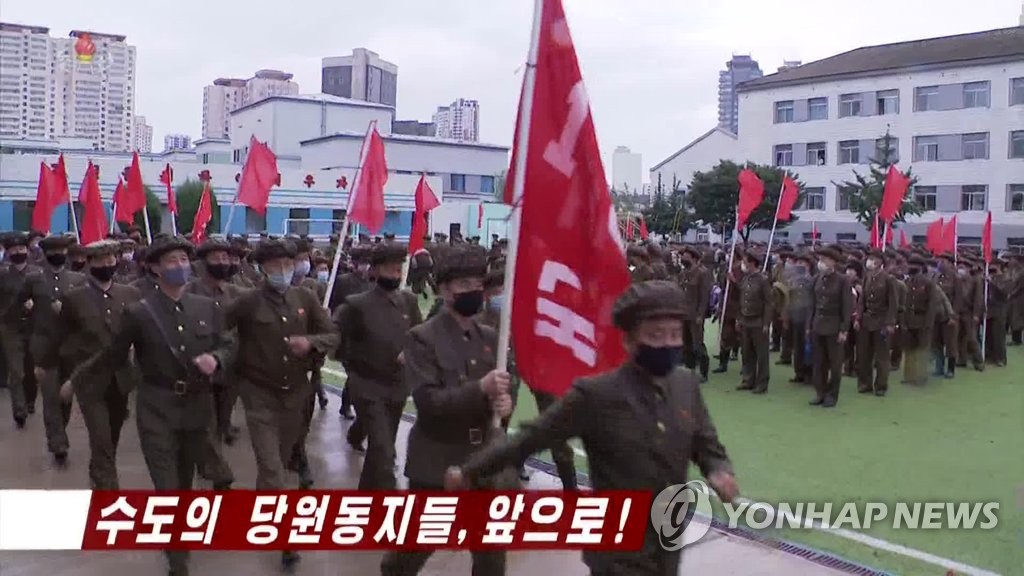 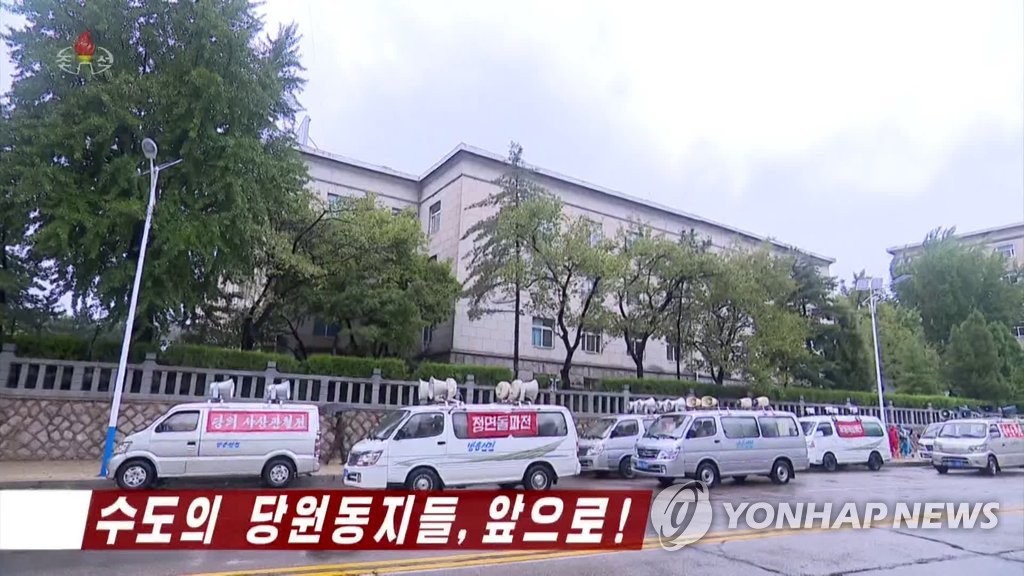