SEOUL, Sept. 10 (Yonhap) -- President Moon Jae-in said Thursday his government has decided to allocate 7.8 trillion won (US$6.5 billion) in a new supplementary budget program for a "tailored" relief package to help people in urgent need amid the COVID-19 crisis.

Among them, 2.91 million small merchants and self-employed people will receive up to 2 million won each, he said while chairing the eighth emergency economic council meeting at Cheong Wa Dae. 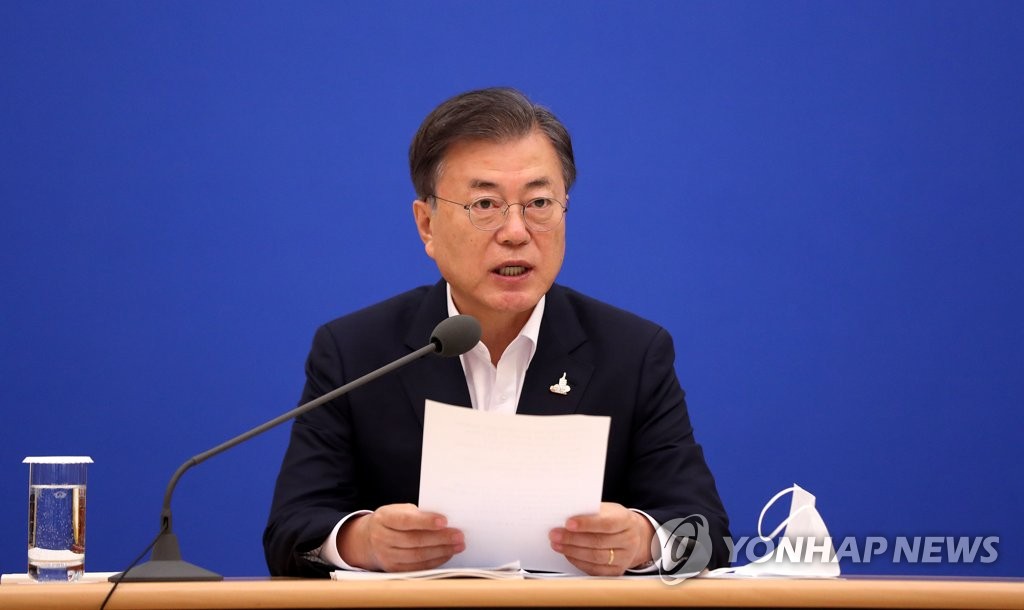